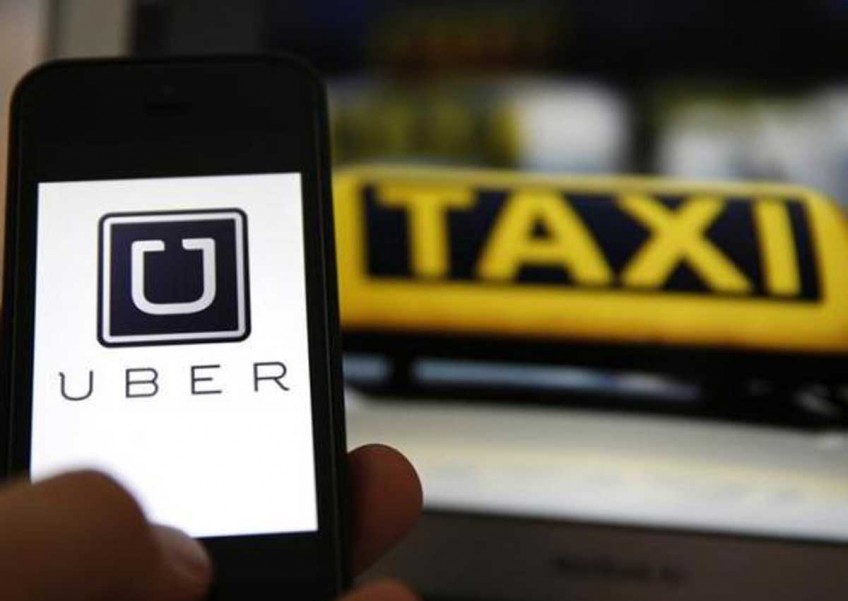 IT's 20 minutes to nine and you are running late for a meeting. Five cabs have sped by, all proclaiming "hired" in angry red capital letters of rejection. You fire up the Uber app on your smartphone and, five minutes later, are on your way in a friendly stranger's Camry.

Uber and other businesses such as AirBnB, iCarsClub ("Rent your neighbour's car"), and Bonappetour ("Dine at homes around the world") are part of the sharing economy. Essentially, these companies provide a platform for information to be shared, matching demand with supply at a C-to-C level. This enables individuals to monetise their unused time, skills and/or assets, and offers consumers interesting (and often cheaper) alternatives to the traditional options. The sharing economy has enormous potential to optimise a society's resources and to change the way people relate to one another, but it is not without its risks and detractors.

There have been nightmares galore reported by users of the sharing economy. Two Stockholm women apparently handed over the keys to their AirBnB-listed apartment only to have their flat used as a brothel. They found out when police raided the place and arrested the prostitutes who were plying their trade. Sexual assaults have also been reported in ride-sharing services.

Interest groups have also taken up the cudgels to defend their turf: Uber has been banned in a number of countries including Germany, France, Thailand and Malaysia. Certain apartments listed on AirBnB are illegal in Barcelona and some US cities. While many of these prohibitions are the result of successful regulatory challenges mounted by taxi unions and hoteliers, media reports of drivers and homeowners abusing their customers' trust suggest that the calls for tighter regulation may have merit.

What is the legal position in Singapore?

The Land Transport Authority issued a statement in June 2015 suggesting that services such as UberX and Grabcar (where drivers ferry pre-booked passengers using their own vehicles) might be considered "chauffeured vehicle services" and thus legal, as long as drivers are appropriately covered by insurance, do not ply the roads for hire and do not pick up passengers at taxi stands. However, it has also stated that it was considering the requirement that such drivers obtain taxi driver's vocational licences.

On his private blog, Minister for Transport Khaw Boon Wan said that he has been "intrigued by the emerging sharing economy", and that "we must not resist new innovations and new business models". However, he also cautioned that "we must always be fair to players, whether incumbent or insurgents, and strike a balanced approach".

As things stand, the relative ease with which private car drivers can offer their services for hire means that commuters have more transport options, but lighter regulatory oversight may also mean more passenger safety concerns. Uber requires that drivers who register for its service have a commercial vehicle licence and the attendant insurance.

Sharing of homes is a less welcome prospect in Singapore. Here, renting your apartment to tourists is prohibited. Owners of Housing & Development Board flats must obtain the HDB's permission before subletting their flats (or parts thereof), and short-term stays of less than six months are not permitted. Similarly, the Urban Redevelopment Authority (URA) does not permit owners of private residential properties to rent out their properties (or rooms in their properties) for periods of less than six months. However, on Oct 14, it was reported that AirBnB is in discussions with the URA to establish clearer guidelines on short-term leasing.

The rationale for this rule is that tourist rentals would lead to high occupier turnover and high human traffic, which would be disruptive to neighbours and pose security concerns.

Homeowners renting out their properties on short-term leases to tourists and students are at risk of regulatory sanctions (HDB homeowners' flats may be confiscated). Short-term lessors and lessees may have difficulty pursuing contractual claims against each other in court, as short-term lease agreements may be illegal and therefore unenforceable.

These days, you can pay to eat in someone's house. And if you have a home, you may be tempted to make a few extra dollars by hosting strangers to a meal. These dinners are touted on social dining websites as cosy "local experiences" but are essentially commercial transactions carried out in a home-turned-restaurant for the evening.

For food safety reasons, all food establishments here must be licensed, and subject to scrutiny by the National Environment Agency (NEA). "Food establishment" is defined broadly under the Sale of Food Act (ie any place used for the sale, manufacture, preparation or storage for sale of food intended for human consumption), and operating a food establishment without a licence is a criminal offence.

That said, the NEA permits the small-scale sale of food under the HDB/URA home-based small scale business scheme, where small amounts of food can be prepared at home and sold without a food establishment licence. The caveat is that such food can only be distributed to friends and family. It is hard to envision how a stranger, who made a reservation on a website followed by a PayPal payment for a meal in your "home restaurant", could be considered "friends and family". And surely concerns about food safety are just as relevant here.

The argument for allowing these "sharing economy" transactions dates from the time of Adam. Adam Smith, that is.

The free market efficiently matches buyers and sellers; regulation adds layers of complexity and increases costs. New economy proponents also point to service providers' and customers' ability to give each other ratings, meaning that such businesses are self-policing. Uber, for example, requires customers to rate their prior experiences before making a new booking.

However, rating systems may not be good enough. Customers only give ratings when the transaction is over; in the meantime, they are (often entirely) at the mercy of their drivers or hosts. This problem is particularly serious where drivers and hosts abuse their position and exploit or assault customers. In addition, the various sharing platforms (somewhat ironically) do not share rating information with one another, which means information on a vendor with a poor track record would not be known to users of another website. It is important to also remember that these platforms are essentially information aggregators; they do not warrant the safety or quality of the product. The customer is contracting directly with the service provider, and will have to seek recourse against that party.

Policymakers would also have to juggle the rights of the public. A perfectly satisfactory transaction between the parties may have negative effects on others. For example, operating a thriving AirBnB apartment may make your neighbours feel uneasy due to the high volume of strangers coming and going.

The sharing economy has the potential to revolutionise commerce and society. The Prime Minister has stated his support for the development of Singapore's Smart Nation Programme, harnessing infocomm technology, networks and data.

Companies such as Uber and AirBnB have been called the great "disruptors" of our age, and their advent has been uncomfortable for traditional businesses. But if Singapore aims to stay on the forefront of global cutting edge development, we must embrace what will surely be the "new normal" of tomorrow.

This article was first published on October 19, 2015.
Get The Business Times for more stories.