Top 10 billionaires with the greatest influence on Chinese social media 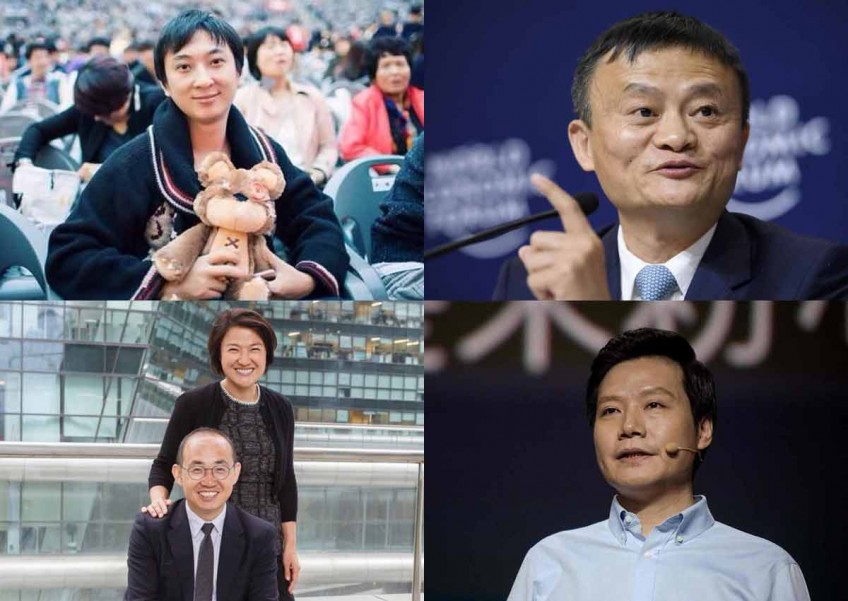 Wealth does not necessarily translate into influence. This can be seen from two sub-lists of the Hurun Global Rich List 2017 released on March 7.

The top 10 entrepreneurs on China's social media Sina Weibo are not all from the richest families in the country.

Here's a look at those who not only have the deepest pockets, but also wield influence on social media.

Mr Jiang is chairman and CEO of Focus Media.

Mr Wang is the CEO of Enlight Media.

Ms Zhang is CEO of real estate group Soho China. In 2014, she was ranked the 62nd most powerful woman in the world.

Mr Zhou is chairman and CEO of Qihoo 360, a Chinese Internet security firm.

Mr Lei is CEO of Xiaomi, one of China's largest smartphone vendors. In 2015, the company was recognised as the world's most valuable start-up.

Mr Yu is the CEO of New Oriental Education, the largest private education provider in China.

Mr Jia founded Beijing-based tech company LeEco, the company known for its LeTV streaming service. He made headlines in November 2016 when he pledged to cut his salary to 1 yuan (S$0.20) as the company faced a cash crunch.

Mr Pan is the chairman of SOHO China. He is married to the company's CEO, Zhang Xin.

The Alibaba founder was recently ranked the 23rd richest man in the world, and third richest in Asia by Forbes. His net worth is estimated at US$29.1 billion (S$40.72 billion).

Wang Sicong is the son of China's richest man Wang Jianlin, who controls the Dalian Wanda entertainment and real estate empire. Wang currently owns a 2 per cent stake in the company, but has indicated that he has no interest in taking over the conglomerate.