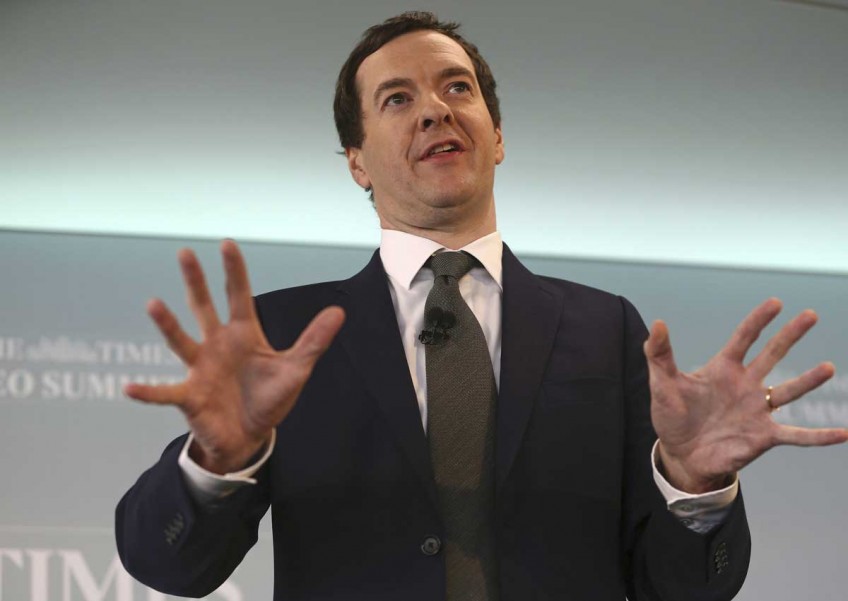 London - Britain's former finance minister George Osborne has said he will receive £650,000 (S$1.12 million) a year working as an adviser to the US asset management fund BlackRock for around four days work a month.

Osborne made the declaration in his latest entry published this week for the official register of financial interests made by British lawmakers.

Osborne wrote that he expected to be paid £162,500 a quarter as "adviser on the global economy" at BlackRock, the world's largest fund manager, and expected to receive equity in the company in future.

The register of interests for Osborne as an MP also shows that he received more than £780,000 in payments for 14 speeches made since September 2016.

Osborne served as Chancellor of the Exchequer from 2010 until July 2016 when he left the government following the Brexit vote in a referendum in which he had campaigned hard for Britain to stay in the EU.

British ministers often sign lucrative contracts in the private sector when they leave the government but have to declare them if they remain MPs.