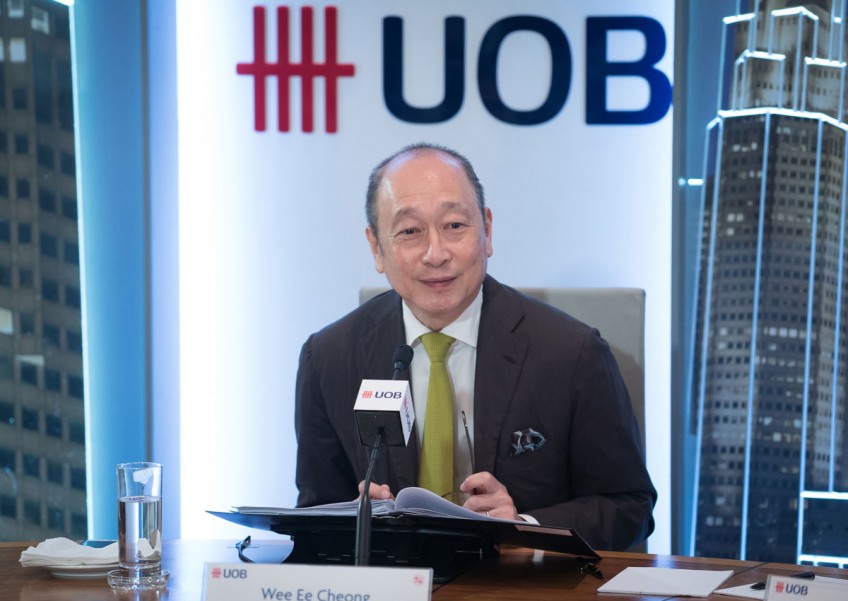 Mr Wee’s base salary remained at $1.2 million but he had a smaller bonus and fewer benefits.
UOB

This was in turn lower than the $10.22 million he made in 2014, when he was the highest-paid chief of the local banks.

While his base salary was unchanged at $1.2 million, he received a smaller bonus and fewer benefits-in-kind in 2016 compared with 2015, according to UOB's annual report released yesterday.

This comes as all three local banks saw full-year net profits dip last year, partly because of their exposure to non-performing loans (NPLs) related to the struggling oil and gas sector.

The bank had to set aside $428 million of specific allowances in the fourth quarter due to NPLs in the oil and gas and shipping industries. This was $313 million more than a year earlier.