US doubts over Trump reverberate 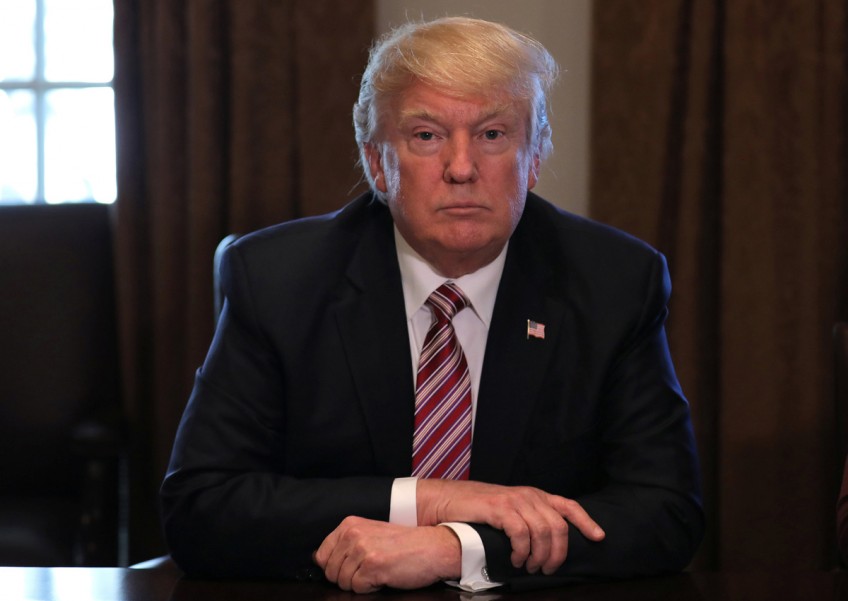 Sudden doubt over the Trump administration's ability to deliver on its campaign promises was said to have prompted Wall Street's Tuesday sell-off, its largest one-day fall of the year.
Reuters

Sudden doubt over the Trump administration's ability to deliver on its campaign promises was said to have prompted Wall Street's Tuesday sell-off, its largest one-day fall of the year.

This meant selling pressure for the local market yesterday, which dragged the Straits Times Index (STI) down 40.38 points, or 1.3 per cent, to 3,118.19 - like in the US, the biggest loss of the year.

Yesterday's volume amounted to 2.5 billion units worth $1.3 billion, which was moderate by 2017 standards. Excluding warrants, there were 138 rises versus 364 falls.

Not surprisingly, given that the banks have chiefly been responsible for the STI rising to a 19-month high last week, it was the banks that led the index lower, their losses combining to cut 19 points off the index.

Similarly, property stocks such as CapitaLand, City Developments and UOL were mainly weaker.

Read Also: Trump's golfing as president is different than Obama's because...

In the second line, new listing Kimly stood out with a $0.05 jump to $0.51 on volume of 54 million, its third consecutive day of gains following its listing on Monday.

Closed-end fund TIH Ltd, whose units jumped $0.10, or 16.8 per cent, on Tuesday to $0.695, replied to a query from the Singapore Exchange by noting that a significant portion of its investment portfolio is in OUE Ltd.

"When calculated, the share prices of (TIH) and OUE have a correlation of 0.843... in the last 5 years," said TIH, adding that it thinks the strong performance of OUE could explain Tuesday's surge in TIH, and also that TIH is in discussions over a potential transaction that could see a change of control.

US newspaper Barron's said of Tuesday's Wall Street slide that if forced to pinpoint a reason, it would have to be "the comedy of errors that the attempt to pass President Donald J Trump's health care bill has become", the reason being that "health care's passage has to happen before the rest of President Trump's agenda can be passed".

In other words, if the new healthcare measures fail to get passed, then the same fate could await the rest.

CMC Markets, in the meantime, said an FBI probe into Russian involvement in last year's US elections called Mr Trump's credibility into question.

Read Also: These budget cuts could be politically costly for the Trump administration

"That catalysed a new wave of concerns on whether the new administration can deliver on its promises of fiscal stimulus, financial deregulation and tax reform," said CMC.

In other related news, Bank of America-Merrill Lynch's (BoA-ML) latest fund manager survey showed that a record number of investors (net 34 per cent) find equities to be overvalued, the most in 17 years, and that the US is identified as the most overvalued region (net 81 per cent).

But BoA-ML also said yields remain too low to hurt stocks, with 67 per cent of fund managers surveyed saying 10-year Treasury yields of 3.5 per cent to 4 per cent are needed for an equity bear market. The current yield is just above 2.4 per cent.

Deutsche Bank Wealth Management in a press release yesterday said although the US economy looks to be in good shape, with tepid growth in consumer spending and looming political risks this year, it thinks that the US Federal Reserve's dovish tone after last week's Open Market Committee meeting was appropriate.

"Our base case remains that the Fed raises interest rates twice more this year, with the next hike coming in June," it said.