US moves to seize another $747m in Malaysia's 1MDB scandal

WASHINGTON - The US has acted to seize another US$540 million (S$747 million) in assets, including a luxury yacht, allegedly bought with money stolen from Malaysia's multibillion-dollar 1MDB fund, a move Kuala Lumpur slammed on Friday as headline-seeking.

Malaysian Prime Minister Najib Razak is battling allegations that huge sums were looted from the state fund he founded, in complex overseas deals that are being investigated by authorities in several countries.

The latest move by US federal prosecutors compounds court cases launched last year in which Washington sought to confiscate more than US$1 billion allegedly embezzled by businessmen with political connections in Malaysia - bringing the total amount US officials say was stolen to US$4.5 billion.

"This money financed the lavish lifestyles of the alleged co-conspirators at the expense and detriment of the Malaysian people," acting US Assistant Attorney General Kenneth Blanco said in a statement.

In court papers filed Thursday in Los Angeles, federal prosecutors said that in 2014, Malaysian businessman Jho Low stole $850 million from funds borrowed from a syndicate of banks, ostensibly to repay options on bonds issued in an earlier stage of the scheme.

Instead, the money was used for extravagant purchases, including a US$261 million yacht with a helipad, gym, cinema and pool, and to invest in Hollywood films such as "The Wolf of Wall Street", which ironically focused on financial crimes.

Prosecutors have identified US$540 million of assets that can be seized, ranging from high-end real estate in London, New York and Beverly Hills to artwork by Picasso and Basquiat, officials said Thursday.

The scandal over 1MDB, a sovereign wealth fund created in 2009, has rocked the Malaysian governing class, exposing Najib to allegations of corruption and of personally profiting from the alleged theft, which he has denied.

The prime minister's press secretary, Tengku Sariffuddin, attacked the latest move by US prosecutors and said: "The judicial process is not served by headline seeking". 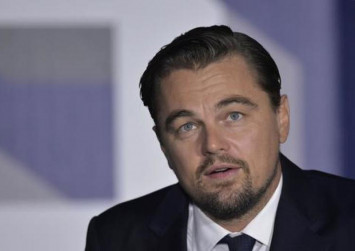 Bloomberg News reported that some of the assets highlighted in the court papers were given away by the conspirators as gifts, including a collage by Basquiat and a painting by Picasso, both presented to "Wolf of Wall Street" star Leonardo DiCaprio.

Bloomberg quoted a spokesman for the actor as saying that he had already "initiated return" of the items, which he had accepted for a charity auction for his foundation.

The Justice Department in 2010 launched the "Kleptocracy Asset Recovery Initiative" to seize the ill-gotten gains of foreign officials which pass through the US financial system and where possible return them to the victims of fraud.