ViaEurope announces the opening of its new e-Hub in Liege

A new e-HUB in Liege Belgium

Synergies between AMS and LGG

AMSTERDAM/SHENZHEN - Media OutReach  - 10 October 2019 - ViaEurope, a leading European cross border e-company continues to expand. The e-logistics tech start-up has just announced the opening of its new e-Hub in Liège (LGG/Belgium). This new platform is the second of its kind for the firm whose headquarters are located in Amsterdam (AMS/Netherlands). Liege new e-Hub is 100% dedicated to cross border e-commerce, just like at Amsterdam Schiphol where ViaEurope's first e-Hub disrupted the logistics industry using big data and the latest available technology for Customs clearance and parcel handling. 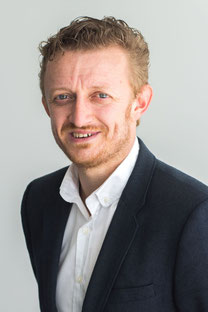 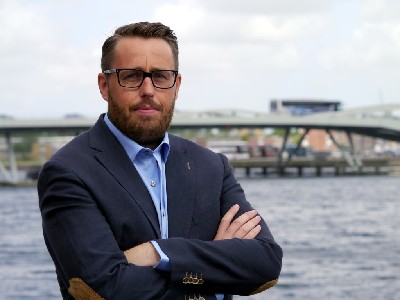 "Cross border e-commerce is growing rapidly, with millions of parcels entering the EU from China and the United States every day. To create, from this tsunami of parcels, a seamless cross border experience for the consumer, technology will be key. Operating smart e-HUBs will be even more crucial in the e-commerce logistics supply chain considering the up-coming EU regulation whereby the VAT thresholds (de minimis) will be removed and each B2C parcel will have to be Customs cleared"  explains BJ Streefland, ViaEurope CEO.

Cargo & Logistics Manager  at Liege Airport, Bert Selis says: "Liège Airport offers a great environment for an innovative company such as ViaEurope. Their decision to land here comes with the recognition that our airport is highly favorable to a fast-growing e-commerce sector ."

With the opening of a second dedicated e-commerce hub focused on transparency and speed, ViaEurope executive team takes a strategic step to ensure they stay ahead of their own customers' expectations, offering both seamless operations and frictionless services. ViaEurope intends to create and maximize synergies between the two e-Hubs in order to ease the flow for both B2C and B2B2C parcels. "Liege plays a key role in this strategy. Just like AMS, LGG managed to create a very e-commerce friendly climate. With BeGate, similar to the VENUE in The Netherlands (which stands for simplified declaration eCommerce), B2C parcels can be pre-cleared in bulk ensuring flowless processing. Also, the favorable fiscal climate make of the two hubs a great entry point for parcels coming from China and the US " explains BJ Streefland.

Alternative to the upcoming Brexit

Having two e-hubs at e-commerce friendly airports makes of ViaEurope a unique partner for any international e-commerce player looking for the perfect gateway to Europe. "Especially in a hard Brexit scenario where the UK will be out of the European Customs Union"  underlines the CEO. "Trying to get e-commerce freight through our borders will then become a massive administrative nightmare for whoever is using London as a hub today"  he concludes.

ViaEurope BV is an e-logistics technology start-up located at Schiphol Logistic Park in Amsterdam. The company primary focus is to reinvent e-logistics and customs clearance using big data and smart analytics. ViaEurope has e-HUBS in The Netherlands and Belgium as well as offices in four countries including Germany and China. All teams work together towards the same goal: making global e-commerce to Europe easy and hassle-free.