Viagra and Botox makers to merge to create $227b pharma giant 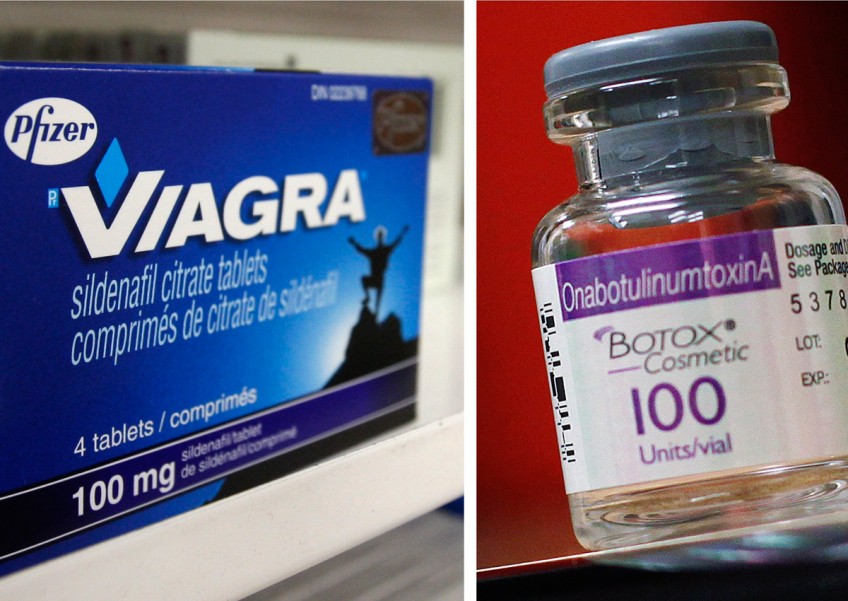 NEW YORK - Viagra-maker Pfizer and Allergan, the maker of Botox, said Monday they will merge to create the world's biggest pharmaceutical group in a deal worth around US$160 billion (S$227 billion).

The transaction is the biggest merger announced this year and has been approved by the boards of both companies. It should be finalised in the second half of 2016 and will be fiscally advantageous for US-based Pfizer, as it will officially merge into Allergan, based in low-tax Ireland.

"The proposed combination of Pfizer and Allergan will create a leading global pharmaceutical company with the strength to research, discover and deliver more medicines and therapies to more people around the world," Pfizer's chief executive Ian Read said in a statement.

Provided the deal receives approval from shareholders and regulators, the merged company, to be renamed Pfizer plc, will be listed on the New York Stock Exchange and trade under Pfizer's current PFE ticker.

Pfizer plc will have its global operational headquarters in New York and its principal executive offices in Ireland.

According to a source close to the deal, Pfizer wanted to beat implementation of new US Treasury measures which will make it more difficult for US companies to escape taxes via a merger which moves their tax home abroad, a mechanism called a "tax inversion".

The US company has a large war chest of foreign earnings which it does not want to repatriate to the United States, where it would then have to pay taxes on the sums. Ireland is also known for its low corporate tax rates.

"Pfizer will have greater financial flexibility that will facilitate our continued discovery and development of new innovative medicines for patients, direct return of capital to shareholders, and continued investment in the United States, while also enabling our pursuit of business development opportunities on a more competitive footing within our industry," said Read.

The two companies estimated their merger will deliver more than US$2 billion in operational synergies over the first three years after closing.

Pfizer shareholders are expected to hold 56 percent of the merged company, with Allergan shareholders the remaining 44 percent.

Read will become the chief executive of the new Pfizer plc, while Saunders will become chief operating officer with oversight of all Pfizer and Allergan's combined commercial businesses, manufacturing and strategy functions.

Pfizer said it did not plan to change its dividend policy of paying out roughly half of an adjusted measure of earnings per share.

It said it would continue with its planned US$5 billion share buyback in the first half of 2016.

The merger is the biggest announced this year, beating the US$121-billion combination of top brewers Anheuser-Busch InBev and SAB Miller clinched earlier this month.

It could end up being the world's second-largest merger following British telecom company Vodafone's purchase of Germany's Mannesmann for US$172 billion including debt, in 1999.