VW to 'freeze promotions' next year 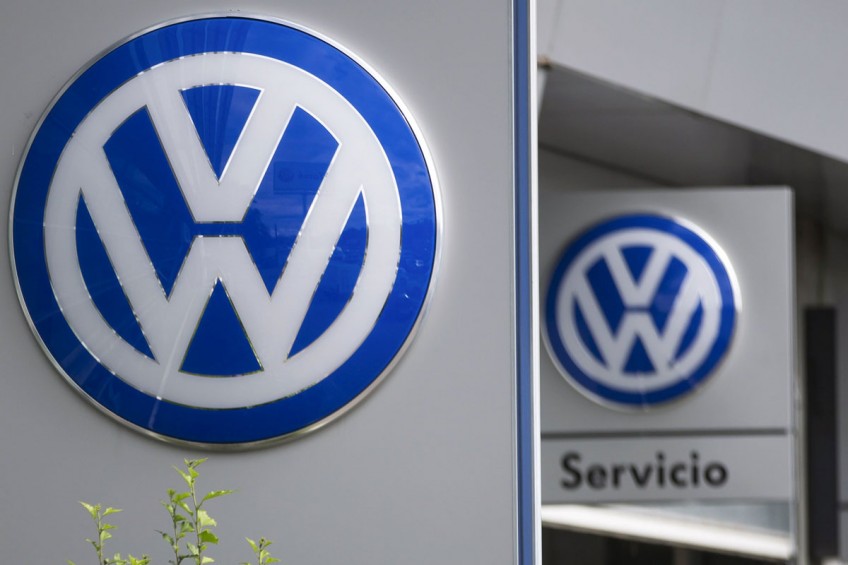 FRANKFURT/BERLIN (Reuters) - Volkswagen will freeze managerial promotions next year at its VW division as part of a savings drive to help meet more than €30 billion (S$46 billion) of costs arising from the diesel emissions tests scandal, a German business magazine said Saturday.

The German company also plans to re-use as many parts as possible in the next generation of its popular Golf model to save hundreds of millions of euros, according to the Manager Magazin report, which cited Volkswagen sources.

Europe's largest carmaker is battling the biggest business crisis in its 78-year history after admitting last month it installed software in diesel vehicles to deceive US regulators about the true level of their toxic emissions.

The company has already set aside €6.5 billion in provisions in the third quarter to pay for fallout from the scandal. Manager Magazin said Volkswagen now saw the total cost swelling to more than €30 billion.

Analysts expect Volkswagen to report a €3.5 billion operating loss for the third quarter when it publishes its financial results on Wednesday, down from a year-earlier profit of €3.2 billion.

Works council chief Bernd Osterloh rejected the idea of a halt to promotions, saying such a move would be "merely symbolic" and at the expense of workers.

"We expect to see other symbols first: for instance, clear statements on management's stance on bonus payments. The motto needs to be to lead by example," he said in an e-mailed statement.

"What will the performance-bonus systems be in future at VW?" he told Deutschlandfunk radio in an interview to be aired on Sunday. "We want to be part of the decision-making on this."

"It is about ... being able to counter a corporate culture directed at just one goal: cost cuts at any price!"

Asked if VW would have to cut jobs, he said: "We are driving in thick fog at the moment."

Volkswagen, which declined to comment on Saturday's report, has said it will cut investment plans at its VW division - the largest by revenue - and speed up cost cutting to cope with the cost of cleaning up the emissions scandal.

According to Manager Magazin, the VW brand is to bear the brunt of the costs, while more upmarket brands like Audi and Porsche are to be shielded from the current crisis.

Audi told employees it plans to keep hiring and affirmed a jobs guarantee through 2018, a spokesman for Audi said on Saturday, confirming a German media report.

"We are sticking with plans for strategic growth and are continuing to hire new employees as planned," newspaper Heilbronner Stimme had earlier quoted Audi personnel chief Thomas Sigi as saying in an interview published on the carmaker's Intranet site.