Winners and losers from Kimly's IPO 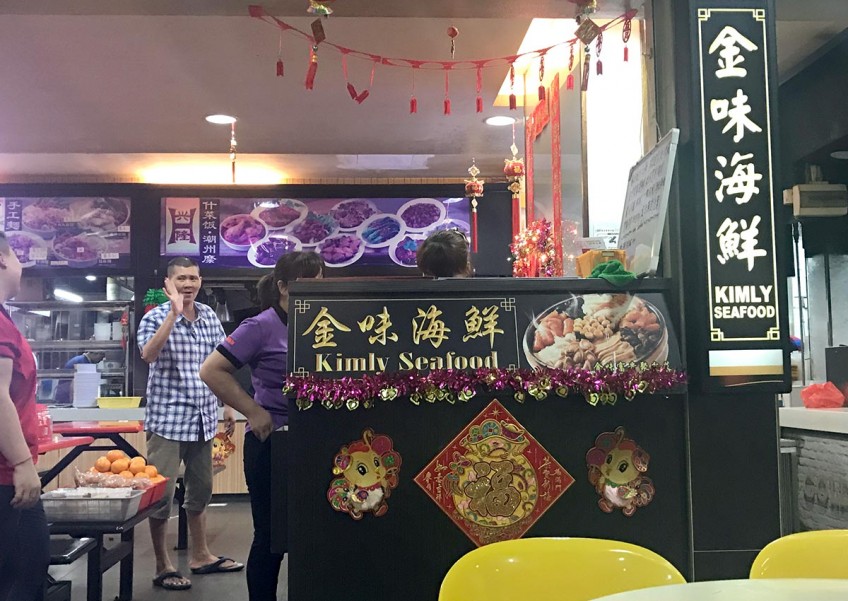 Who knew a kopitiam would be hotter than a chilli crab? Coffeeshop operator Kimly Limited opened trading on Monday at S$0.55, some 120 per cent above its initial public offering (IPO) price of S$0.25, and eventually closed at S$0.44, 76 per cent above it.

It is normal to underprice an IPO. Nobody likes an offering to flop on the first day. The art is to ensure a first-day pop that is not too big, but sizeable enough to boost confidence.

Five to 10 per cent is normal; 20 per cent impressive; but surely a pop of 50 per cent or more indicates a major miscalculation. Major shareholders of the company would not have been amused for selling a part of their company so cheaply, especially in a bullish market like this one.

One wonders what kinds of food retail comparables were used. Jumbo was trading at 30 times. BreadTalk Group, which owns the Din Tai Fung franchise, was also above 30.

Even Katrina Group, a food brand hotchpotch that fell from a 62 per cent first-day pop back to its offer price in half a year, was still trading at about 16 times historical earnings after adjusting for IPO expenses.

On net profit, if Kimly can consistently make above S$20 million a year, it is astonishingly profitable compared to BreadTalk or Jumbo, which are just doing S$10 million plus a year. And with a net profit margin in the mid-teens, Kimly is even more efficient at making money than Jumbo. Throw in the novelty factor of the first listed coffeeshop manager, too.

But Kimly was only priced at 12 plus times pro forma earnings. And just 3.8 million shares were open for the general public to subscribe, which, at S$0.25, meant that only under S$1 million of shares was on offer. Even without the benefit of hindsight, it had been fair to say that a first-day pop looked very likely.

So either first-day traders have lost their minds, or, as also seems the case, Kimly founders have lost out on quite a few million extra bucks.

Most retail investors, too, lost out on a chance to snag a profit. Public demand can typically be in the tens of millions of dollars, and for an F&B offering like this, much, much more. As it turned out, the public wanted 1.3 billion shares, meaning there were a cool few hundred million dollars at their disposal.

Why weren't they given more of an opportunity? It is a travesty for an IPO not to have a public tranche, or to have a very small tranche. Kimly's tranche was a mere sop.

There are worse examples out there. Jumbo had an even smaller public tranche, with two million shares on offer for S$0.25. Katrina didn't even bother with a public tranche.

But the winds of change are blowing. For mainboard listings, the Singapore Exchange (SGX) is mandating a 5 per cent or S$50 million allocation for retail investors, whichever is lower, beginning from May 2.

It is worth asking if the same rule should be extended to Catalist stocks. As the Kimly IPO shows, Singapore investors have money, and should be given the opportunity especially when the price be right.

SGX justifiably says that a minimum allocation could be too large for a Catalist offering. Yet that can be tweaked lower.

Hopefully, things will change. As an SGX spokeswoman told The Business Times, when asked about a Catalist minimum retail allocation: "We recognise that market forces are dynamic and will continue to monitor the public subscription trends of IPOs to ensure that the minimum allocation amounts are appropriate for the Singapore capital market."

So who won from the Kimly mega-pop?

Some 170 million shares were snapped up in the placement tranche by wealthy brokerage clients or those with the right connections. They included siblings and spouses of insiders, and even Vanda 1 Investments, the fund managed and controlled by Temasek subsidiary Heliconia Capital Management.

With the pop, some of those who snagged the placement might even be cashing out. On day one, tens of millions of shares were unloaded at valuations of above 25 times earnings, or above S$0.50. Those who dared to short the stock that day at the opening bell also won out as the price fell over 20 per cent from its highs.

One can only hope that there weren't too many retail investors who bought at those loftier valuations, then panicked and sold when the price grinded into the 40s.

Ultimately, the IPO game has many traps for the unwary. But it is a game that more investors should get a chance to play.