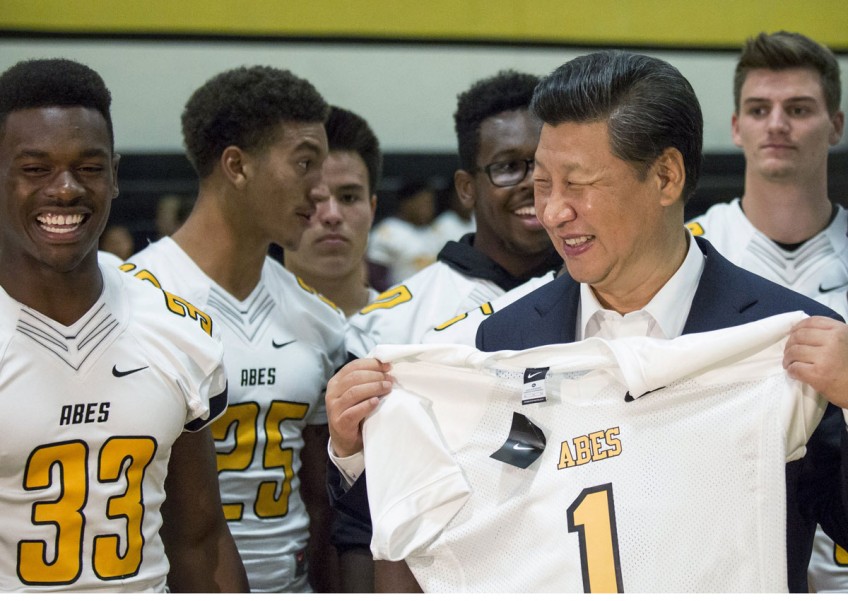 Attracting and retaining foreign investment was at the top of Chinese President Xi Jinping's agenda, as he promised a better investment climate in China and addressed the concerns of US business leaders at a time when the Chinese economy is losing steam.

Displaying bullishness about his country's economic outlook, Mr Xi told a US-China business roundtable in Seattle, Washington state, on Wednesday that "from a long-term perspective, China's economic fundamentals are good".

This was his second address to business people on the second day of his visit to the north-western city known for its tech firms.

On Tuesday, the Asian Development Bank revised China's growth to 6.8 per cent this year, down from its previous forecast of 7.2 per cent. This is a drop from the 7.3 per cent growth last year.

Flash data also showed that China's manufacturing activity this month fell to the lowest level in over six years.

Mr Xi's two-day stop in Seattle, before heading to Washington, DC for his first state visit to the United States, presents an opportunity for the Chinese leader to connect with US businesses and rewrite the narrative of impending doom and gloom in the Chinese economy.

Highlighting China's continued domination as the world's second largest economy, Boeing announced on Wednesday that it had won orders and commitments for 300 planes from China, amounting to US$38 billion (S$54 billion).

The aircraft company also unveiled a plan to establish a completion centre in China, where planes would be finished before delivery. The announcement was timed with Mr Xi's visit to Boeing's factory in Everett, Washington.

Mr Xi later attended the US- China Internet Industry Forum, which brought together officials and business leaders from the two countries.

Chief of China's Internet policy Lu Wei, who spoke at the event hosted by Microsoft, pledged China's co-operation on cyber security and highlighted the need for co-operation, echoing Mr Xi's comments on Tuesday at a speech to dignitaries and business executives.

Mr Xi was expected to arrive in the US capital yesterday and will proceed to New York City tomorrow.