BEIJING, Oct. 20, 2021 /PRNewswire/ -- A furniture dealer in Houston of the United States recently signed an agreement to purchase 280 pieces of classical craft furniture from Xianyou County of Putian City in southeast China's Fujian Province, marking another breakthrough of China's domestic mahogany industry in recent years after its successful export to foreign markets such as the European Union and Australia. 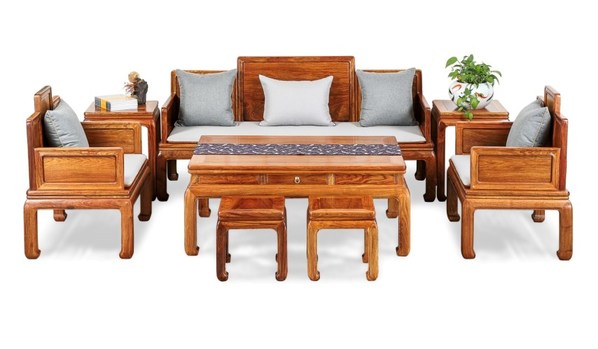 The craftsmanship of classical craft furniture in Xianyou County, referred as Xianzuo, is the ingenious fusion of traditional Chinese painting art, carving art and furniture production skills. It is the inheritance and innovation of the classic furniture styles of Ming and Qing dynasties.

Known as the capital of Chinese classical craft furniture and the world capital of Chinese classical furniture, the Xianzuo craftsmanship was included in the national intangible cultural heritage protection list and the first batch of national traditional craft revitalization list. Xianzuo craftsmanship has made its brilliant appearances at the APEC Beijing meetings, Expo 2015,  Ninth BRICS Summit, and etc. It has been selected as a national gift and has received widespread attention from all over the world.

In recent years, Xianyou County has made every effort to promote the integrated and innovative development of the arts and crafts industries, accelerating the transformation and development towards digitalization, intelligence, popularization and internationalization, so as to promote Xianzuo craftsmanship to the world.