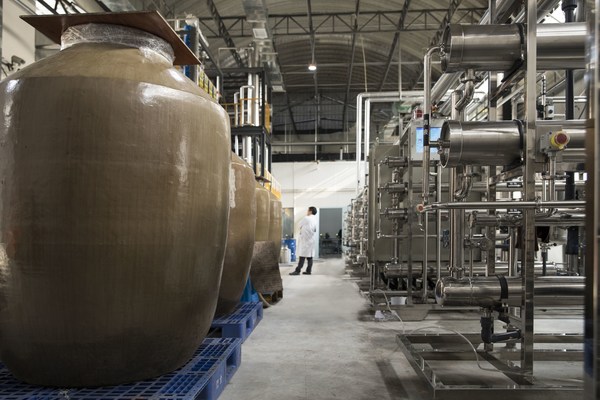 Photo shows parts of the brewing facilities of TingHua baijiu.

"The research shows that the saliva-generating effect of TingHua baijiu results from its innovative brewing technique, which relieves the strong taste of alcohol," said Zhong Sen, former director of the Hospital of Chengdu University of TCM, adding that the research finding also appears to be consistent with traditional theories in ancient China.

Zhong is also a doctoral supervisor in integrated Chinese and Western medicines, as well as an academic and technical leader of Sichuan Province enjoying special allowance of the State Council.

"The research was carried out in November 2020, when TingHua started to work with the West China School of Pharmacy at Sichuan University to conduct effect and mechanism experiment, proving that the liquor triggers saliva generation by causing increased expression of certain receptor in the salivary glands," said Liu Lingxiao, one of the researchers. 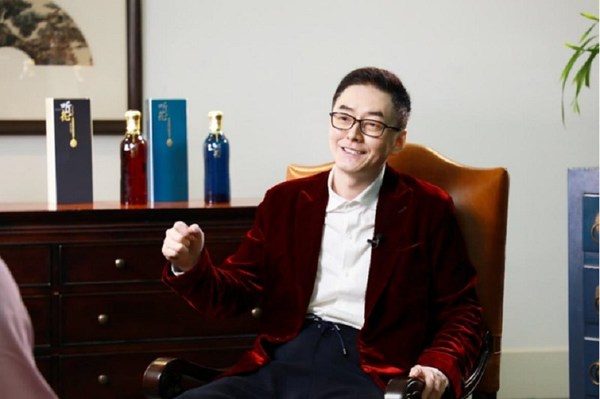 Based in the Shipan Industrial Park in Yibin City, southwest China's Sichuan Province, the Chinese liquor producer TingHua is located in the best latitude zone for liquor brewing in China's "golden triangle" area of baijiu production. By introducing cutting-edge scientific achievements to the liquor brewing industry, the company strives to make breakthroughs in reforming the traditional brewing techniques of Chinese liquor.