Care for a barbecue sausage, phallic-shaped? 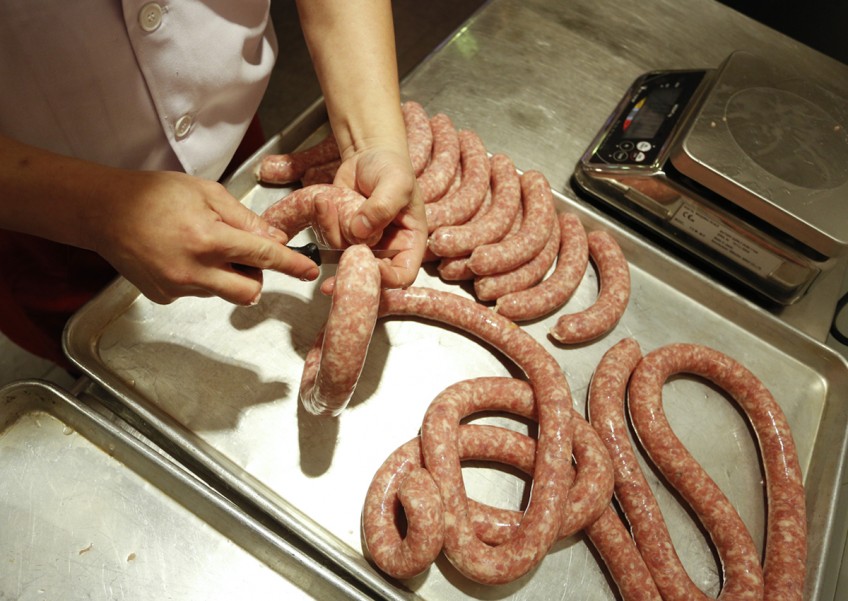 MALACCA - Sausages come in many shapes with combinations of meat and spices. Most are packed in longish intestine casing.

But a trader at the tourist-popular Jonker Walk here must have thought it a "brilliant idea" when he packed his sausages in the shape of a penis.

The Malacca Historic City Council thought otherwise and immediately revoked the business licence of trader who has been selling the barbecue sausages for about two weeks.

"The trader also violated the by-law by selling food items when the licence only stipulated that souvenirs and gifts could be sold by him," Zainal said on Sunday.

Chief Minister Datuk Seri Idris Haron was equally annoyed when he learned of such "lewd things" being sold that could tarnish the image of Malacca as a tourist state.

He said pictures of the sausage went viral on social media.

"This trader was not supposed to be selling such items at a crowded place," he said.

At RM5 (S$1.70) per sausage, it is learnt that the barbecue beef had been quite an attraction with the ladies.