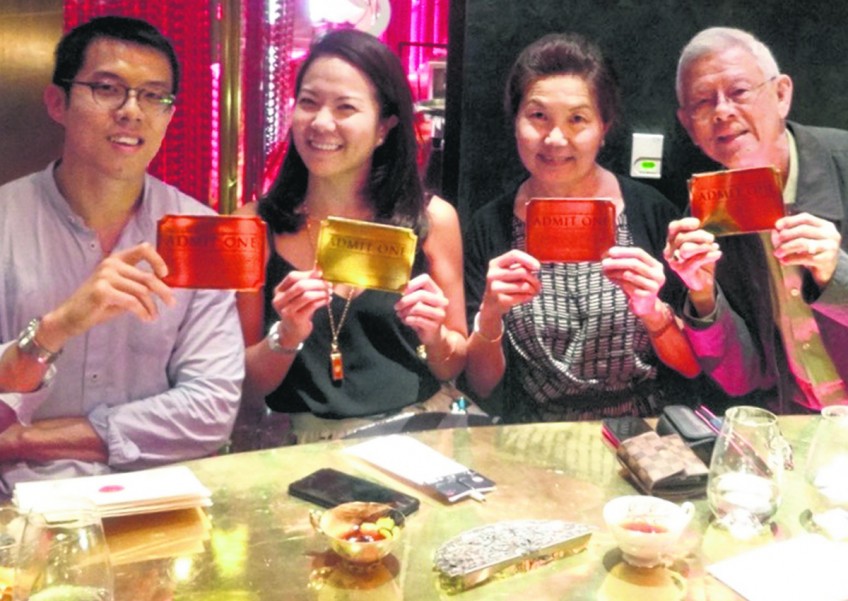 In the last five years, she has chomped her way through more than 100 restaurants around the world.

A hundred Michelin-starred restaurants, that is. There are about 2,000 such restaurants worldwide.

"I just love eating good food, I appreciate how the chefs combine the flavours to produce a result that is greater than the sum of its parts," says Miss Sylvia Taslim, who is in her 30s.

When Miss Taslim is not practising law, she is usually travelling somewhere, on the hunt for good food. She has been savouring food from all over the world, including in Japan, the UK, France and the US.

"When I travel for work, I will try to have one nice meal if I can, even if I have to eat alone," she adds. Some of her trips are with her family and her boyfriend.

Her research comes from recommendations that she gets from her own reading, and what she hears from friends.

Despite the notorious difficulty in getting reservations at acclaimed restaurants - which can be a wait as long as six months - Miss Taslim says she has been lucky.

She laughs: "My secretary is resourceful, she manages it well."

Hotel concierges and connections help too, she adds, animatedly talking about how she managed to get a table at a famous three-Michelin-starred restaurant in Hong Kong later this month, thanks to her friends.

The restaurant is known to have a waiting list more than a month long.

When asked what her fascination with good food is, Miss Taslim says it started when she was younger.

She says: "Most people pull out memories of their first roller-coaster ride or first birthday party when they talk about their childhood. For me, they are dining experiences."

Her fondest memory as a child are the times she ate dim sum with her family at the Shang Palace restaurant at the Shangri-La Hotel here.

"Ever since then, good food has been one of the most important things in my life," Miss Taslim adds.

All that food does not come cheap, but Miss Taslim says compared to the prices here, they are not so bad.

The most she has paid for a meal overseas is $500, which is significantly lower than the whopping $1,000 per person she spent at a restaurant here.

She says: "Of course, I do not eat at restaurants all the time. I cook, and sometimes I try to replicate the exciting dishes that I have eaten."

The best Michelin-starred restaurant she has eaten at? "Nihonryori Ryugin in Tokyo," says Miss Taslim, without a moment's hesitation.

She goes back to the three-starred restaurant often, due to its seasonal menu changes. Miss Taslim says: "The entire meal is always a feast for the senses."

News of the Michelin guide coming to Singapore excites Miss Taslim, who says that it is good for the food scene here to gain the recognition it deserves. "Maybe it can entice people to open up more restaurants here," she says.

Despite having travelled the world, Miss Taslim admits there is nothing quite like comfort food. "Sometimes, you just want to have fries from McDonald's or char kway teow from your favourite hawker."

This article was first published on December 6, 2015.
Get The New Paper for more stories.