Chefs cooking up success for the SEA Games 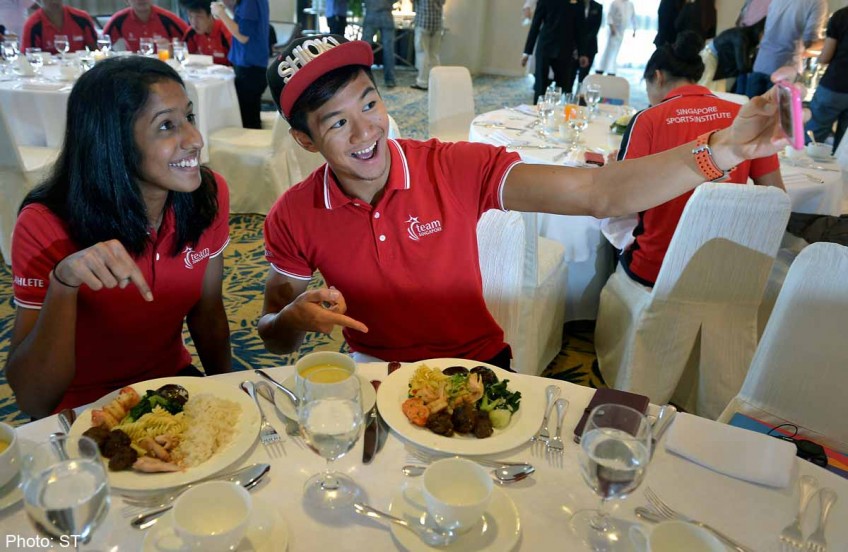 Catering for more than 7,000 athletes and officials across 36 sports and 20 hotels is a mammoth task. However, the team of sports nutritionists from the Singapore Sports Institute (SSI) and hotel chefs have spared no expense in ensuring that high standards of nutrition, taste and quality are met during next month's SEA Games.

The result of this two-year partnership is a standardised menu of over 120 recipes. These will be prepared and served to athletes, officials and volunteers in the hope of boosting their Games performances.

"The focus of the menu is to keep it healthy, nourishing, but also tasty," said Kirsty Fairbairn, head of nutrition at the SSI.

"Asian nations are particularly good at this because they already use a lot of herbs and spices."

The menu will feature high-performance versions of local fare such as chicken rice, nasi briyani and mee soto.

This means that, in addition to toning down spice levels in such dishes for overseas delegates who may be less tolerant of chilli, they will also be prepared with less salt and fat. For example, a 126g serving of Hainanese steamed boneless chicken rice will contain 23.1g of protein and just 6.7g of fat (regular chicken rice can contain as much as 24g of fat). The dish will come tagged with this information, allowing athletes the flexibility to taper servings according to their diet.

Swissotel The Stamford, which will host 1,000 athletes and officials, will prepare approximately 3,200kg of rice, 5,000kg of chicken and 10,000kg of fruit for a whopping 40,000 meals during the competition.

However, this is not the only aspect of the food that is unique to Singapore at these Games.

Said chef consultant Kenneth Francisco: "I believe we are the only country - besides Muslim countries, of course - that has an entirely halal menu."

This meant extra work for hotels whose kitchens were not previously halal-certified.

The team also rose to the challenge of standardising the food preparation across all 20 hotels.

Each hotel submitted existing recipes to Fairbairn's team for nutritional analysis. Francisco's team of chefs would then recommend modifications accordingly.

"I think Singapore really took the initiative in having hotels (prepare food) instead of mass catering for quality control," said sprinter Calvin Kang, 25.

This is in light of past cases of food poisoning that affected athletes at events such as the 2010 Commonwealth Games.

Francisco, who worked with Team Singapore at the 2010 Youth Olympic Games (YOG) and 2012 London Olympics, said: "With the background of (hosting) the YOG, we already have an idea of what the world wants.

"You cannot please everybody, but I believe that at least 70 per cent of the food that we serve can be enjoyed by everyone."

This article was first published on May 6, 2015.
Get a copy of The Straits Times or go to straitstimes.com for more stories.