China dominate, but 'can do better' 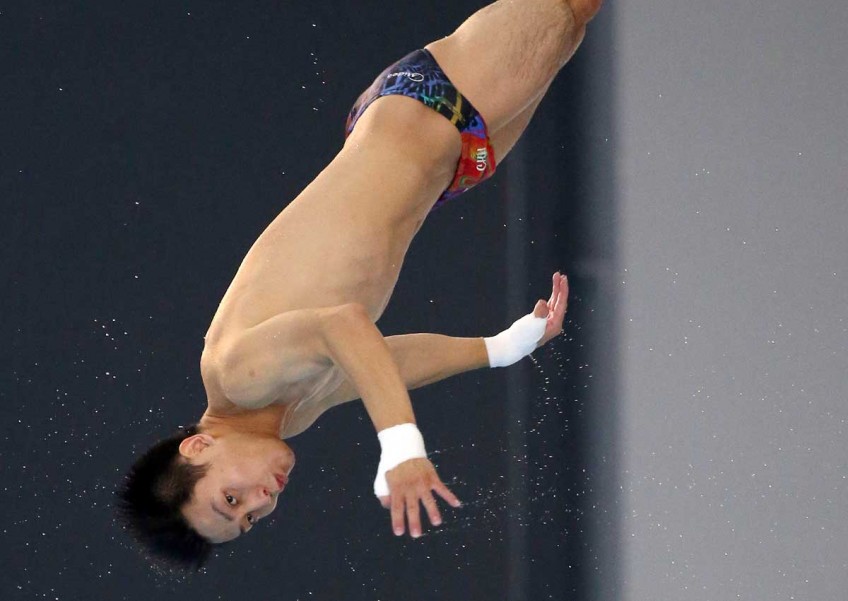 China’s Wang Anqi won the 10m platform for his third gold of the Grand Prix.
The Straits Times

There were no surprises on the third and final day of the Fina Diving Grand Prix as China won all four events at the OCBC Aquatic Centre to finish top of the Singapore leg with nine golds, three silvers, and one bronze.

In a show of their sheer dominance in the sport, the Chinese achieved this feat despite sending only two members of the national team in the nine-strong squad.

The rest were, according to coach Wang Xiaosong, members of provincial teams here to gain experience.

The 49-strong field in Singapore were not exactly cannon fodder either, and included Britain's two European champions, Lois Toulson and Katherine Torrance, as well as Olympic silver medallist Brittany Broben of Australia.

Toulson won the women's 10m platform, the only event which the Chinese failed to win.

Wang, however, said there is much room for improvement. He said: "We were not bad, but there were some problems that cropped up during the competition.

"We also didn't win as many silvers as we would like.

"When we return, we will analyse all aspects and make the necessary adjustments."

Kicking off the gold rush for China yesterday were the mixed synchronised 10m platform pair of Wang Anqi and Wang Ying, who won by a canter with 312.60 points after five dives.

World junior champion Wu Chunting lived up to her top billing by winning the women's 3m springboard, her third gold of the three-day event.

Anqi rounded off the day by winning the men's 10m platform final, also his third gold in Singapore.

Wu, 18, said: "I'm satisfied with the three golds, and for now, my goal is to make the national team.

"Competing at the Olympics in 2020 is my dream, but I still have much to do to reach there."

Ukraine's Anastasiia Nedobiga, who finished second to Wu in the 3m springboard and has already qualified for next year's Olympics, said: "This is not the main top-level Chinese team, so I can't really say I learnt anything or that the silver gives me confidence."

Britain finished second in the medal table with a solitary gold, while Ukraine were third with three silvers and one bronze.

The second edition of the annual meet attracted participants from nine countries.