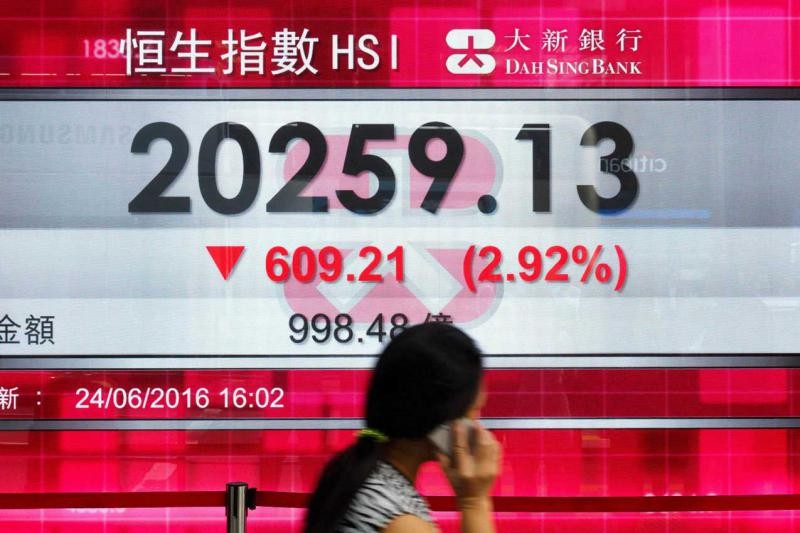 BEIJING - Chinese state media on Saturday offered snide criticism of the negative consequences of democracy after Britain voted to leave the European Union, but vowed to stand by the "golden age" of Sino-British ties.

Though China and Britain have a history of disputes over human rights and the future of the former British colony of Hong Kong, export-reliant China had valued Britain as a strong advocate for free trade within the EU.

Relations between Britain and China have been warming over the past few years and economic links have multiplied, in what both countries refer to as a "golden age" in ties, a concept promoted by President Xi Jinping and British Prime Minister David Cameron, who resigned followed the referendum.

China on Friday called for Britain and the EU to reach agreement as soon as possible after Britain's vote to leave the bloc, adding that China respected the choice of the British people.

But on Saturday, influential Chinese tabloid the Global Times, published by the ruling Communist Party's official People's Daily, wondered at the wisdom of such a momentous decision being decided by such relatively narrow margin. "Is it really fair to decide Britain's future this way?" it said in an editorial. "For the Chinese people, who are at a critical time to learn about globalisation and democracy, they will continue to watch the consequence of Britain's embracing of a 'democratic'referendum," added the paper.

The stability-obsessed Communist Party brooks little dissent to its rule, and such a public vote would be unthinkable in China.

Britain's vote to leave dealt the biggest blow to the European project of greater unity since World War Two and global financial markets plunged as results from Thursday's referendum emerged. The leave camp won by a 52-48 per cent split.

Xi and Cameron had set great store on the bilateral relationship, and when Xi visited Britain last October the two sealed almost 40 billion pounds (S$74.1 billion) in business deals, including the financing of nuclear power stations.

In a front page commentary, the People's Daily overseas edition dismissed people wanting to "stir up trouble and badmouth Sino-British ties". "In the face of much complicated information, people need to see the positive aspects in relations," it said. "Cooperation won't change because of Brexit." Both are important players on the world stage, including permanent members of the UN Security Council, the paper added. "Going forward, China and Britain will keep pushing for the early realisation of the 'golden age'."