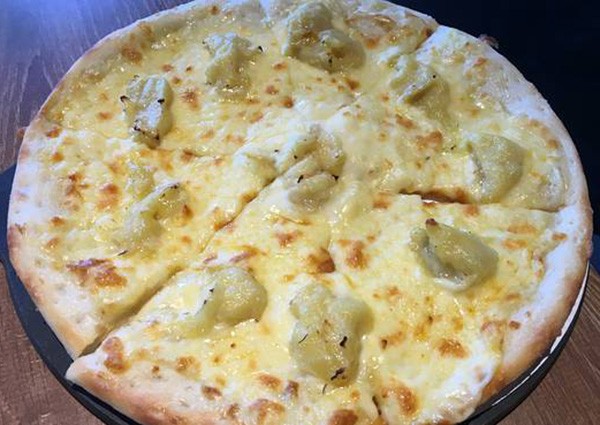 Pizza Hut is gambling that you will with its newest culinary opus, which hits select Chinese cities this month in all its pungent, fleshy glory.

Like students taking off for a gap year, US fast food chains that have set up shop overseas tend to have something of an adventurous streak compared with their homebound counterparts. That's particularly true in China, where as long as there's been Western fast food, there have been pink-bunned chicken sandwiches, deep fried red bean pies and shrimp-squid-mayonnaise-hot-dog pizza.

Pizza Hut's latest foray, however, is especially fearless due to its key ingredient: the durian.

The spiky green Southeast Asian fruit is at turns worshipped and reviled for its unmistakable odour (once described by Julia Child as reminiscent of "dead babies mixed with strawberries and Camembert") and its smooth, succulent flesh.

Among 10 Wall Street Journal reporters and editors who bravely agreed to participate in a taste test, four gave the creamy, savory dish a thumbs up, three were decidedly unimpressed, and three pronounced the concoction as "interesting".

- French Chef Gets a Slice of the Pie

- What to Order on a Korean Menu: Go for the Soups