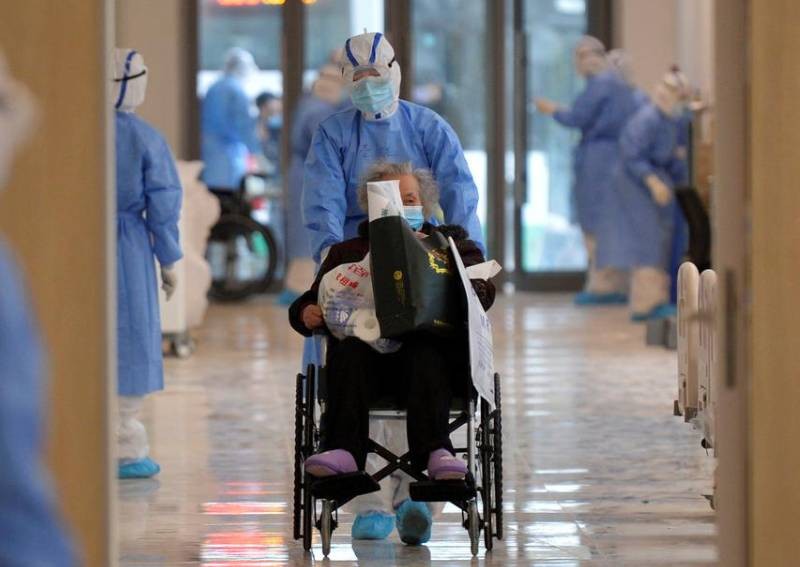 About 3 to 10 per cent of patients who recovered from Covid-19 tested positive again after being discharged from hospital, doctors in Wuhan have found.

Researchers around the world are trying to determine whether recovered patients can still infect people with the coronavirus that causes the disease and if they have developed antibodies offering them immunity to the disease.

Doctors from Tongji hospital in the city, where the disease was first identified, told state broadcaster CCTV that they have found no evidence that these patients who again tested positive became infectious , based on close observations of their family members and laboratory tests.

The Chinese mainland, where the disease first emerged last December, has discharged over 90 per cent of its infected patients and around 4,300 confirmed patients are still receiving treatment in hospitals.

The country has reported at least 81,000 cases and more than 3,200 deaths, but most of the new cases have been imported.

Wang Wei, president of Tongji hospital told CCTV's prime-time programme that of the 147 recovered patients they studied, only five - or just over 3 per cent - have tested positive in nucleic acid tests again after recovery.

Meanwhile, Life Times, a health news outlet affiliated with People's Daily, reported this week that quarantine facilities in Wuhan have reported that about 5 to 10 per cent of their recovered patients tested positive again.

Previous reports have also highlighted cases where patients tested positive after recovery, including one on Sunday from Life Times about a family of three in Wuhan, who all tested positive again.

These incidents have raised questions about whether nucleic acid tests might not be reliable in detecting traces of the virus in some of the recovered patients.

Some experts have also expressed concerns about the sensitivity and stability of the test kits, and the collection and handling of patients' samples.

Wang told CCTV that the five patients from his hospital who tested positive again did not have any symptoms, and none of their family members or people in close contact with them has been infected.

He said there was no conclusive evidence to prove that the recovered patients who tested positive again would be infectious to others.

"So far there is no evidence to suggest that they are infectious," Wang said, adding that surveillance of similar patients showed about 80 to 90 per cent of them had no trace of the coronavirus in their blood one month after being discharged from hospitals.

Another sample group of 15 patients from the hospital also confirmed a similar trend, with none infecting their family members.

"These are just small samples and not enough to assure us of the validity of our initial findings," Wang said. "We need a large-scale epidemiological study to guide our disease surveillance and prevention works."

However, he said it was imperative for recovered patients to stay in isolation for two weeks after discharge so they could be tested again for confirmation.

In a separate interview with CCTV also broadcast on Tuesday, Tong Chaohui, a respiratory disease expert from a central government task force in Hubei, where Wuhan is located, agreed that continued monitoring of the recovered patients was important.

"So far, none of the close family members of these recovered patients have been tested positive and we could not find the coronavirus in the laboratory cultured samples [from these patients]," Tong said.

"Although the nucleic acid tests were positive, random checking suggested that the patients have developed antibodies that were effective in protecting them from the nucleic acid of the virus," he added.

Speaking to official newspaper Hubei Daily early this week, Tu Yuanchao, deputy director of Hubei health commission, said discharged patients who tested positive again and have shown symptoms would be re-hospitalised. Those who do not have symptoms would be sent to quarantine facilities for observation for two weeks.