Rescuers work at the site where a passenger ferry overturned in Zangke town in Liuzhi district, in south China’s Guizhou province.

The ferry was the main mode of transport across the Zangke river for students from the town of the same name in Liuzhi district. Most of the passengers were thought to be students, state broadcaster CCTV reported.

The ferry, operated by Xiling Shipping, was carrying at least 46 passengers when its maximum capacity was 40, according to the report. Rescuers saved 31 passengers, four of whom were sent to hospital.

The provincial party secretary of Guizhou, Shen Yiqin, expressed support for the families affected and called for a thorough check of public transport safety in the province.

“[We] need to find out the cause of the accident as soon as possible, and will take legal action against those responsible in case of wrongdoing,” Shen told CCTV.

The tragedy came just days before the Mid-Autumn Festival, an annual holiday celebrated by getting together with the extended family and eating mooncakes.

The Liuzhi district marine department conducted a safety drill at the end of August, joined by Xiling Shipping and at least two other marine transport companies, according to online outlet Liuzhi Fusion Media. 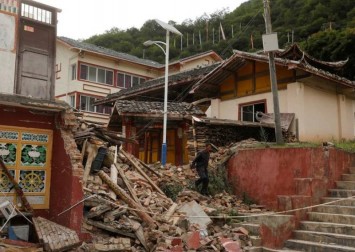 The drill rehearsed an emergency situation where a ferry loses control during a rainstorm, with two passengers jumping into the water, and four trapped on board.

Over 30 emergency responders, and three rescue and law enforcement vessels also participated in the exercise, the online report said.

“The drill is held annually and we use it to train the emergency response of local marine transport companies,” a marine department staff member said.

However, he declined to comment when asked about the safety assessment of Xiling Shipping and the transport companies involved in the drill.

Bad weather had been forecast at the weekend for Guizhou, with the provincial observatory issuing an amber alert on Friday, warning of strong rains and the risk of landslides.

A sudden thunderstorm hit Zangke town on Saturday evening, with winds reaching 50km/h, according to the local meteorological department.