The child was found conscious and rushed to Princess Margaret Hospital in Kwai Chung.

A 12-year-old boy was in critical condition on Tuesday morning after he fell from the third floor of his residential building in Tsuen Wan, Hong Kong.

Police said they believed the boy was alone at home and hanging laundry from the window of his flat when the incident occurred.

His 42-year-old mother was later arrested on suspicion of ill-treating or neglecting a child.

Emergency personnel were called to the scene at around 8am on Chuen Lung Street.

According to officers, the boy had lost his balance and fallen out of the window, onto a canopy on the first floor of the building.

He suffered back injuries and a fractured knee. 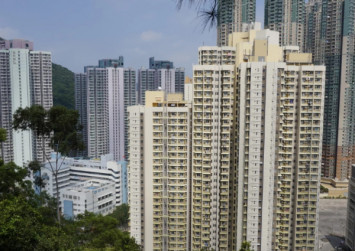 The child was found conscious and rushed to Princess Margaret Hospital in Kwai Chung.

A government spokesman said he was in a critical condition at the hospital.

A police source said initial investigation showed the boy was alone at home when the incident happened.

The boy lives with his parents and younger brother in the third-floor flat.

"At the time of the incident, his father had gone to work and his mother took his younger brother to school leaving him alone at home," the police source said.

As of 3pm on Tuesday, the woman was still being held for questioning and had not been charged.

In Hong Kong, wilfully assaulting, ill-treating or neglecting a child below the age of 16 under one's care in a manner likely to cause injury carries a maximum penalty of 10 years in jail, according to the Offences against the Person Ordinance.