Two passengers delayed a flight from Jinan, Shandong province, for two hours on Sunday after they threw coins at the plane for good luck, according to the Beijing News' report.

The two were detained at Jinan Yaoqiang International Airport following the incident, forcing nearly 260 passengers to be evacuated from the jet bound for Chengdu, Southwest China's Sichuan province.

Airport staff found that the two passengers threw coins out of the air bridge of Luck Air flight 8L9616 as they were boarding. The security staff members later found two one-yuan coins under the bridge.

Two passengers later admitted that they threw the two coins because they believed it would bring good luck. 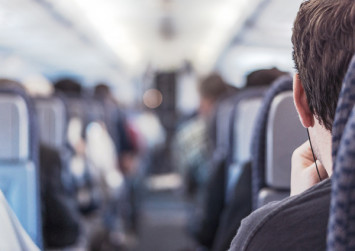 After investigation, the captain concluded that the coins did not pose danger to the engine as the gap between the air bridge and the aircraft was far from the engine.

The passengers were flown to Chengdu later that night after two hours' delay. And the two women were taken into custody but it is unclear if they will face charges.

Last month, Lucky Air sued a 28-year-old male passenger who tossed coins at a jetliner's engine to wish for a safe flight.