A viral picture of a luxury beef 'ban mian' that costs 13,800 yuan (S$2,766) at a restaurant in Shijiazhuang, Hebei, sparked a heated discussion on social media, Sin Chew Daily reported.

The menu stated that the dish contains four ingredients each from the "sky, land and sea".

Another bowl of beef noodles, priced at 398 yuan (S$79.80), has a 1.2kg Australian lobster and Chinese herb Cordyceps sinensis.

A store manager said four bowls of the luxury beef ban mian had been sold since it was offered six months ago. 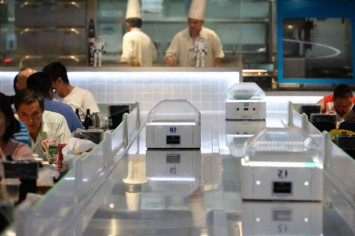 Chinese consumers said it was just a gimmick to attract customers.

One of them even commented that the dish is as expensive as a whole cow.

ALSO READ: Would you pay $420 for a bowl of beef noodles?