Parents wait for news of their children, about 40 of whom were injured in a knife attack at Wangfu Town Central Primary School in Guangxi. A handout photo.

Two adults and 37 children at a primary school in southern China were injured when a man attacked them with a knife on Thursday morning.

The incident happened about 8.30am at the Wangfu Town Central Primary School in the city of Wuzhou, Guangxi Zhuang autonomous region.

An incident report released by the town government identified the alleged attacker as Li Xiaomin, a 50-year-old security guard who worked at the school.

According to a statement by Wuzhou municipal government at noon, 39 people were injured in the attack. The students were not badly hurt but the two adult victims - the school principal and another security guard - were seriously injured. No one was in a critical condition. 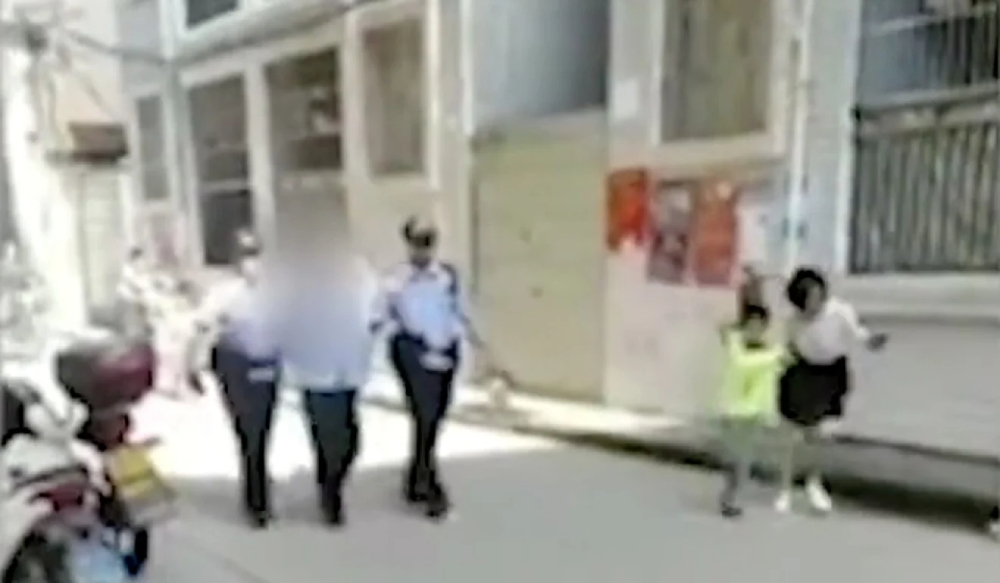 The man suspected of attacking the primary school is arrested by police. A handout photo.  PHOTO: South China Morning Post

Eight ambulances were sent to the scene, and all of the wounded were being treated at Wuzhou city hospital and various health centres in Wangfu, the report said.

A video by Xiaoxiang Morning News shows doctors and nurses attending to at least 10 pupils with bandages on their head and bodies, and helping them to leave the school building.

At least one pupil had to be carried out by adults, while others were seen hooked up to drips. 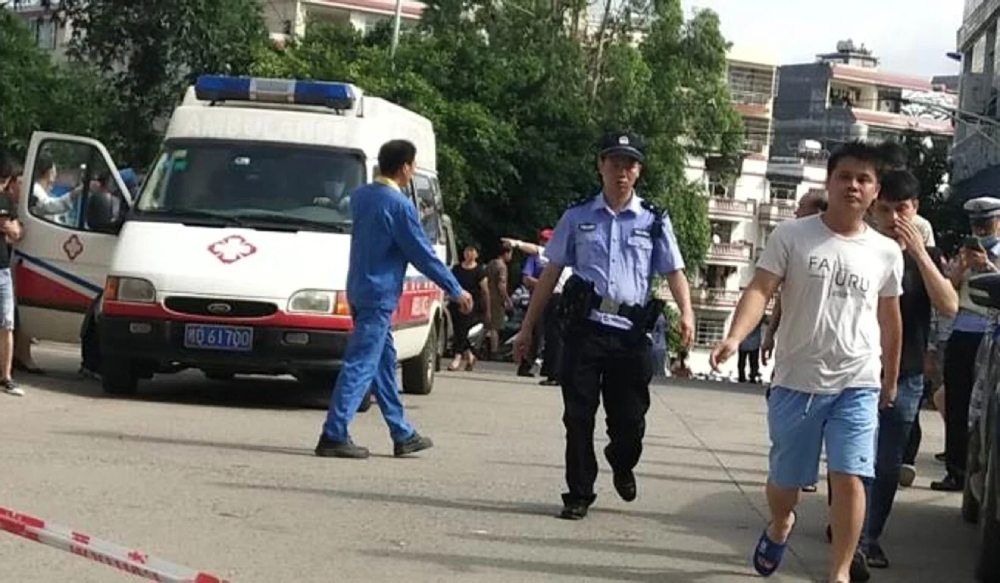 The 40 people injured in the attack are being treated at Wuzhou city hospital and various health centres in Wangfu. A handout photo. PHOTO: South China Morning Post

Anxious parents were seen waiting in front of one of the clinics for news of their children.

One, who asked not to be named, said that many of the injured pupils were from the preschool class, and aged about six.

"Around 8.30am, I heard loud screams and cries from the school, as I live nearby. I rushed to the school and saw some of pupils running out," the person said.

"A bystander told me a man with a knife was attacking the school. I rushed in to get my boy out. Fortunately, my son was just a bit shaken but not hurt."

The government of Cangwu county, which administers Wangfu, could not immediately be reached for comment on Thursday.

The suspect has been detained by local police for questioning.