Police have fined five haunted-house explorers HK$5,000 (S$878) each for violating social-distancing regulations after they were found sneaking into an abandoned school in Hong Kong in the early hours of Wednesday (April 27).

Officers were called to the disused site on Choi Shek Lane in Ngau Tau Kok after a security guard in the former campus of St Joseph’s Anglo-Chinese School made a report shortly before 1am.

The guard told police that five men had entered the site acting suspiciously, according to the force.

Inside the premises, officers intercepted the five men, aged 31 to 41, who said they had entered for exploring.

The force said the five men were fined HK$5,000 each for violating social-distancing rules banning gatherings of more than four people.

Since the ban on public gatherings took effect in March 2020, officers from various departments have carried out more than 2.2 million inspections across the city, leading to 339,555 verbal warnings and 28,948 fixed penalty tickets as of midnight on Monday.

The site has lain empty since the secondary school moved to a new campus on New Clear Water Bay Road in Choi Hung in 2011. The school is a magnet for haunted-house explorers and war game enthusiasts. 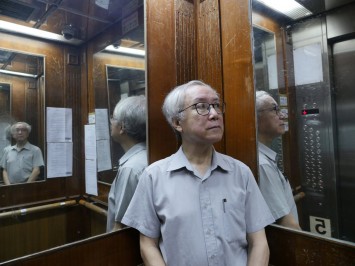 In May 2020, four war-gamers discovered 14kg of dangerous substances and an improvised bomb at the site. They found the suspicious objects in the male washroom on the ground floor of the abandoned school and alerted police.

According to the force, about 10kg of chemicals, including cyanide and chloroform, and roughly 4kg of finished explosive substances as well as an improvised explosive device, modified mobile phones, circuit boards and a pressure cooker were found.

Police said they believed some of the chemicals were linked to items that disappeared from Polytechnic University at the height of anti-government protests in November 2019.

During the social unrest, the university campus resembled a war zone as a core band of protesters armed with petrol bombs, bows and arrows and even rudimentary catapults faced off against riot police. During a nearly two-week siege, the university reported that chemicals had gone missing from its laboratories.