One of the alleged fraudsters is questioned by police in Shandong province.

Police in eastern China have detained five people on suspicion of carrying out a scam that aimed to convince people to part with their money in return for a share of trillions of US dollars that have been frozen since the defeated Nationalist forces fled the mainland at the end of the civil war.

Officers found fake army uniforms and a number of forged documents when they detained the three women and two men at a hotel in Shandong province last week, the Yimeng Evening News reported.

The gang is accused of promising investors a share from a fund worth trillions of US dollars that they said had been established by the Nationalists 70 years ago and claimed they were working for special task forces established by the UN and China's Central Military Commission to unlock the assets.

The faked documents were said to include United Nations permits and even a gun licence issued by the last imperial dynasty, the Qing. 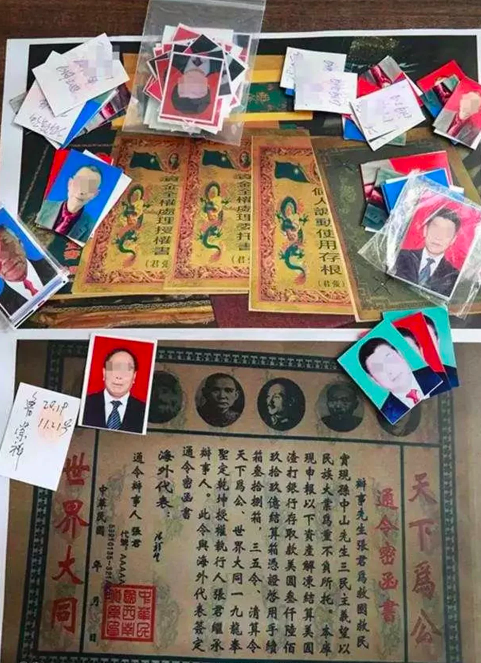 The group is accused of using a variety of forged documents to convince people to part with their cash. PHOTO: South China Morning Post

The report said the five had confessed they were members of a ring known as the International Plum Blossom, which has been operating similar scams for a decade.

They were placed under criminal detention after they were questioned by police while eating at a hotel in Linyi city.

An officer became suspicious when he noticed one man was wearing an army uniform under his coat.

The 54-year-old, identified by his surname Teng, was asked to produce ID and took out a "special pass" from the "general headquarters from the UN peacekeeping force".

Police say the man then phoned someone he described as the "top leading comrade" and warned that the policemen could be suspended for carrying out further checks. 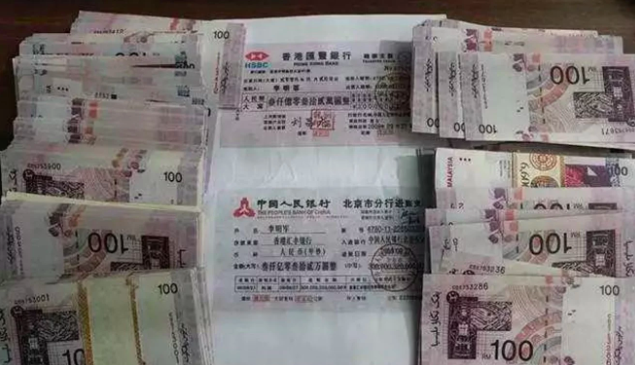 This failed to deter the officers, who took the group to the police station for further questioning. 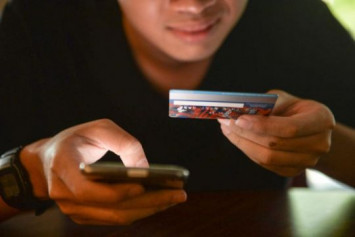 When they searched their bags, police say they found a variety of documents including fake deposits from Citibank and HSBC worth several trillion US dollars and an order from the Kuomintang government to transfer the money to Taiwan, where the Nationalists fled in 1949 after being defeated.

Teng reportedly confessed that the documents were used to convince people - particularly the elderly - to invest in a crowdfunding project to unlock the money. Would-be investors were offered up to 10 per cent of the total funds.

The scam was included in a warning list of 100 frauds the Ministry of Public Security published earlier this year.

It is not known how many people have fallen victim to it over the years, but it has been going on for at least 40 years, according to a report published on Fujian province's official news portal.