As more Covid-19 vaccines approach the finish line of regulatory approvals , the next challenge will be to produce and deliver hundreds of millions of doses as quickly as possible.

Vaccines using traditional technology – like those developed in China – and the more advanced versions like Pfizer/BioNTech and Moderna’s mRNA vaccines – have very different hurdles to overcome.

Experts said established technologies that used inactivated and vectored vaccines – like those being developed by China’s CanSino and Britain’s Oxford/AstraZeneca – had a short-term advantage because raw materials would not be an issue, as long as production facilities were in place. 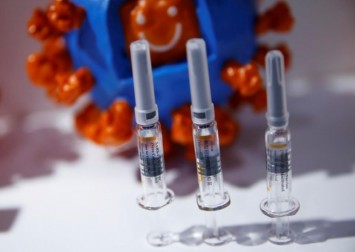 Conversely, the advanced mRNA vaccines faced an initial constraint in the supply of raw materials, but could be easier to mass produce in the long term.

Wang Junzhi, deputy head of a vaccine development task force under the State Council, said in early December that China planned to have 600 million doses of inactivated Covid-19 vaccines ready for market launch before year end.

It is unclear whether Wang’s remarks reflected a three-fold revision on previous forecasts – Chinese developers Sinopharm and Sinovac have previously committed to 100 million doses each in that time frame – or if it was a slip of the tongue. Wang has been approached for clarification.

Zheng Zhongwei, head of the same task force, said in October that China’s annual production capacity – the maximum 12-month output – of all kinds of Covid-19 vaccines could reach 610 million by the end of 2020.

While it is unlikely China’s vaccines have been in production since the beginning of the year, ramping up large-scale manufacture quickly was theoretically possible, according to Shanghai-based vaccine expert Tao Lina.

“Adenoviruses are easy to grow and we don’t anticipate there is an issue with supply chain as much as there are concerns around mRNA vaccines and their capacity to scale up manufacturing because there is not a lot of experience with it,” he said.

Jin Dongyan, a molecular virologist at the University of Hong Kong, said China had long been self-sufficient in the supply chain for its existing inactivated vaccines.

“China has no problem with the hardware and it is very resourceful,” Jin said. “Because medical production is largely controlled by the state, it can easily mobilise different departments in Sinopharm.”

China is one of the world’s largest vaccine producers, but has been a small player in the international market.

Mass inoculations began in the United States and Britain, after Pfizer and BioNTech received emergency use authorisation earlier this month. However, the companies have had to scale back their previous production forecasts for this year, from 100 million doses to just 50 million.

A Pfizer spokeswoman attributed the cut to supply chain problems, with it taking longer than expected to scale up production capacity. Production had also been partially delayed because of the later than expected approval date for the vaccines by the US regulator, she said.

According to The Financial Times, the US government has offered to help Pfizer secure raw materials and equipment, in the hope of placing an order for another 100 million doses, on top of the 100 million doses it ordered in July.

Sources quoted in the report said the stumbling block was the supply of lipid nanoparticles (LNPs) – the fatty bubbles that deliver the genetic code of the new coronavirus into the body. A separate report by The Wall Street Journal  said Pfizer/BioNTech had found quality problems in the early supply of LNPs.

Shyam Rele, principal adviser in emerging technologies and medical countermeasures at Mitre Corporation in the US, said further scaling up production could be a challenge.

“In the short-run, 50-100 million doses is an achievable goal for mRNA vaccines. Getting to a billion doses still remains a challenge, given the logistics related to supply chain, stability of the product and number of doses administered to generate protective efficacy,” he said.

However, if the supply chain problem can be solved, the production cycle for mRNA vaccines is much faster because it does not involve growing cells, according to Zoltan Kis, research associate at the Imperial College London’s future vaccine manufacturing hub.

“Depending on the scale, number of production lines, and type and duration of quality control testing, producing 50 million doses by the end of 2020 and 1.35 billion by late 2021 seems feasible.”

Vaccines using other technologies would take longer, with much bigger production lines, Kis added. “Mammalian cells are commonly grown at scales of 2,000 litres of solution in the production bioreactor, which is substantially larger than the scale required to produce mRNA vaccines.

“Due to the need to grow the cells at such large volumes, producing a batch could take around one month and additional time might be required to inactivate the virus, in the case of inactivated vaccines [produced in China]. Thus, for vectored vaccines and inactivated vaccines, large-scale facilities are required, access to which would be a limiting factor.”

To get around these constraints, China aggressively ramped up its production lines and manufacture has been in full swing since it granted emergency use authorisation to three inactivated vaccines in July and August.

Tao Lina in Shanghai said he had obtained a Sinovac vaccine syringe labelled with an April production date. “It might be that we were confident about our vaccines from the beginning so we’ve been stockpiling since earlier this year,” he said.

It is common practice for governments to stockpile vaccines before authorisation in preparation for serious outbreaks and so pharmaceutical companies can start production as soon they get orders.

China has already vaccinated more than a million of its citizens and has started exporting vaccines to Indonesia, Brazil and some countries in the Middle East, even though their efficacy data is not yet available. Brazilian authorities said on Tuesday that the efficacy data of Sinovac’s vaccine would be available on Dec 23.