Airbnb partners with Jinjiang's local government to increase the tourist appeal of the village that boasts a pristine environment and ethnic diversity.

Liao Weiwei is planning to quit his job at the Longji scenic spot next year.

The 31-year-old lives in Jinjiang village in the countryside surrounding the Guangxi Zhuang autonomous region's scenic city, Guilin. He wants to quit as Airbnb has set its sight on development in Jinjiang, which is about 10 kilometers from Longji's celebrated rice terraces, since October 2017.

Many villagers have migrated to cities. Those who remain have continued to live with poverty.

"They were poorly furnished and dimly lit," Liao says. 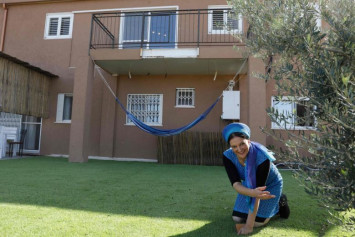 The rooms are fully booked now, although it's an offseason for tourism, he says.

"I believe tourism will take off in my village," Liao says.

"I'll be able to get in on the sector and spend more time with my family."

Jinjiang has a pristine environment and ethnic diversity.

It is located on the main road leading to Longji's rice terraces that lure hundreds of thousands of visitors every year.

Guilin tourism development commission official Yang Guodong says: "We'd see the road through the village packed with cars half of the year. But there was little we could do to get them to visit (Jinjiang), let alone stay overnight."

But Jinjiang's development potential inspired Airbnb and the local government to partner to increase its appeal as a destination via infrastructure construction, including roads, toilets and electricity.

The programme is expected to help the village's more than 100 residents.

The city has reduced poverty through tourism and ethnic-culture development, Zheng says.

About 25,000 people worked in tourism in Guilin's Longsheng county last year. Roughly 45 per cent of those below the national poverty line benefited from the sector's growth.

Airbnb's co-operation with the local government offers to showcase home-sharing's role in tourism development and poverty alleviation, and can promote the mechanism in other places, Zheng says.

Owners of renovated houses get a percentage from rentals. And all locals can earn money providing travel services. Remaining money is reinvested in upgrades.

The company is working to use its global network, experience and tourism philosophy to respond to the Chinese government's call for rural development, Peng adds. 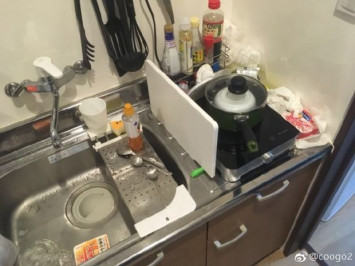 It has taught local young people how to interact with guests and perform such standard services as cooking, making beds and cleaning.

A rural homestay-management instruction manual has been delivered to local villagers to help them develop sustainable tourism.

Airbnb will continue to work with Guilin to tap local resources and promote tourism to reduce poverty, Peng says.

Around 1,400 county-level administrations nationwide had Airbnb homestays as of last month, the company says.

Those homestays have so far received over 1 million guests and helped rural homeowners generate more than 260 million yuan ($37.51 million) in revenue.

The number of Airbnb's village rooms has maintained 257 per cent year-on-year growth as of October, while that of village hosts and guests have both doubled.

"This project brings people living in poverty into Airbnb's global network," says Xi Jianchao, a researcher from the Chinese Academy of Sciences' Institute of Geographic Sciences and Natural Resources.

"It changes poor people's production modes and lifestyles through education and training."

Head of the World Tourism Alliance Liu Shijun says the programme lowers the threshold for tourism-business entry and offers job opportunities for local youth and women.

Before the Airbnb programme, Liao and his family had to rely on his salary, fruit orchards and the meager income from his restaurant in the village.

Liao says his future income will be at least as much as he earns now.

He plans to upgrade his agritainment destination and remodel one of his houses the way Airbnb did with the first two houses developed as homestays.

"We'll also take advantage of our natural environment to grow quality passion fruit and gourds that visitors can pick themselves," he says.