Alibaba this week fired a manager accused of rape and punished several executives for their handling of the case, as it moves swiftly to contain reputational fallout.

Alibaba Group Holding, which is under public scrutiny over its workplace culture after a female employee accused her direct supervisor of rape, said it has created an all-female committee to root out sexual harassment from its workplace.

According to a letter sent to Alibaba employees, a five-member committee has been created to examine harassment issues under Jane Jiang Fang, the company's deputy human resources chief who is known as the "Iron Lady" for her tough approach.

A task force has been created under the committee to handle all complaints related to sexual harassment and assault, and a special telephone hotline and a dedicated email box have been created to help deal with the issues at hand.

Meanwhile, Alibaba is updating its corporate rule books to ensure "zero tolerance" of sexual harassment and it has set up a special team to check "inappropriate" workplace behaviour, such as "forced drinking at dinner tables" and "vulgar jokes".

"We unconditionally support employees to say no forced drinking," the internal letter states. Alibaba also said it will roll out special training courses for employees to better understand and confront sexual harassment in the workplace. 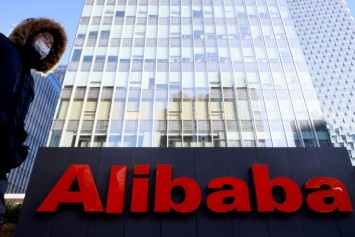 The slew of initiatives comes after Alibaba this week fired a manager accused of rape and punished several executives for their handling of the matter, as it moves swiftly to contain reputational fallout from a case that has exposed what chairman and CEO Daniel Zhang Yong called "shameful" aspects of the work culture at the world's largest e-commerce company.

A female employee of Alibaba made public allegations last weekend that she was forced into drinking with clients and then raped by her direct supervisor. She claimed that her initial report of the alleged rape was largely ignored within Alibaba for days, forcing her to bring the case onto the internet. The local police authority in Jinan, Shandong province, where the alleged rape took place, announced that they are investigating the case, although no conclusions have been made.

The allegation has dealt a huge blow to Alibaba, raising public questions about the company's internal work culture. "This incident is a humiliation for all [Alibaba employees]," Zhang wrote, noting that the incident reflected the "tremendous sadness for the challenges in Alibaba's culture."