Cats rule the internet. They might also rule China, according to the results of a online survey published this week that found feline friends are more popular among young Chinese pet owners than their canine rivals.

The joint survey from DT Business Data Company and pet product brand Vetreska showed that among 1,392 respondents with pets, more than 70 per cent raised cats, the highest rate among all pet owners, reported Thepaper.cn, a mainland news portal.

Nearly 40 per cent of people canvassed have dogs, followed by 2.2 per cent raising hamsters, 1.3 per cent with rabbits and 0.9 per cent with tortoises, the report said.

The survey allowed for people to say they raised multiple kinds of pets.

The survey also provided data that corroborated that pet ownership is becoming more popular than ever before, with about 70 per cent of respondents saying they became new pet owners in the past four years.

The size of the pet market rose to nearly 300 billion yuan (S$64 billion) last year, up 19 per cent from the year before, the Beijing-based market consultancy firm iResearch said.

READ MORE: Death scene for cat forces Chinese period drama to prove they had not killed it for real

Nearly all of the pet owners said having a pet has brought them "joy, companionship and has made their life more colourful", according to the report.

The youngest respondents, born after 2000, said raising a pet provides another conversation topic with friends, and the older pet owners said it gave them a sense of achievement.

As for the owners, their "top activities" tended to be playing with their pets and spending money on them — such as buying them food, snacks, toys, clothes and accessories along with health-related purchases. They also said they spent time teaching themselves how to raise a pet.

About one-fifth of pet owners who make over 400,000 yuan per year said they joined pet-related gatherings, such as parties. Fewer than 10 per cent of people who earn below 100,000 yuan said they attended these kinds of activities.

A cat owner surnamed Shen said she met a new friend at a store, Thepaper.cn reported. 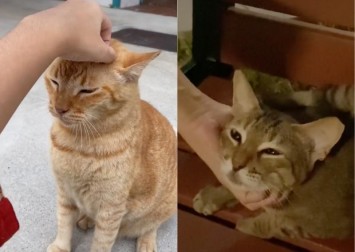 "She asked me to take a photo for her. After that, I sighed and said, 'These products are so beautiful that I want to buy all of them'. She said she felt the same way," Shen said, relaying the story of how they met.

The woman, who is in her early 20s and works in Shanghai, said they started to chat and later connected on WeChat.

"Now we send our cats' pictures to each other every day and often share information about interesting cat products," she said.

Fiona Bi, a Shanghai woman in her 40s, said she and her husband treat their pet dog, which they've raised for 10 years, as their daughter. The couple has no child.

"My Doudou (the dog's nickname) is smart, and I think she is more clever than many human beings," said Bi. "She is considerate and adorable. She is definitely a member of my family and I believe she knows that."