An American comedian known for his music parodies has shot to fame on the mainland by uploading pro-China videos - including one in which he tells Chinese tech firm Huawei to "cheer up" before he sings its advertising jingle.

Bart Baker, 33, started posting videos of himself singing Chinese songs in English on social media platforms in China at the end of last year.

Six months later, he has 10.5 million followers on Douyin - the Chinese short video app known as Tik Tok elsewhere - and 5 million on the Kuaishou platform.

Baker said he was so overwhelmed by the response that he planned to move to the country. 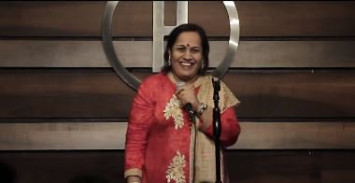 "I am grateful for all the support I am getting in China," said Baker, who is based in Los Angeles.

"I cannot believe how positive the reaction is. It's overwhelming. It's amazing. I didn't expect to grow so fast."

The video blogger, who already had 10 million subscribers on YouTube, said he began to shift his focus to China because of the country's embrace of social media - especially music content.

"I have always been interested in Chinese culture since I was a teenager and I love to sing," he said. "So it's basically combining American and Chinese culture together."

On his Douyin profile, Baker says "I love China". His two biggest hits have been an English version of patriotic Chinese song The Red Flag Flying, and the Huawei ad sung in Chinese - both of which were viewed about 70 million times and got more than 2 million likes each.

Baker, who is from Chicago, became a full-time video blogger on YouTube after he graduated from film school at the University of Miami in Florida. Now he has stopped updating his YouTube account and wants to move his "total career" to China.

He started learning Chinese three months ago, and visited China for the first time in March, appearing in an episode of variety show Happy Camp that aired on Hunan TV last month. He plans to sign a contract with a company in Shanghai soon and to live in China for at least six months of the year.

"I want to be in China for as much as I can," he said. "I want to do tours, original music and shows across the country and meet contacts in the music industry there."

And with China and the United States locked in a protracted trade dispute, Baker said he also wanted to do his bit to improve relations.

"I make music and make people happy," he said. "This trade war is crazy. If my music can ease a little bit of tension, then that's great."

In the Huawei video, Baker says in Mandarin, "Cheer up, Huawei! Cheer up, China!" before launching into the advertising jingle. He said he made the video a few days after Washington banned US companies from supplying technology to Huawei last month over security concerns.

"It seems ridiculous to me. So I was like, we should do something about that. I want people to know that not all Americans are jerks," he said. "It's because everyone here [in China] is supporting me so much, I want to support them, too."

But not everyone is a fan, and some have been sceptical about his approach.

"I am wondering what your own country's people think about you," one commenter said on Douyin.

Baker said he was not concerned about what Americans thought of him.

"Everyone who I have talked to thinks that what I am doing in China is amazing. They said they are glad I am doing what I like to do," he said.