According to the All-China Women’s Federation, the average victim of domestic abuse does not report it till at least 35 instances of abuse have occurred.

A man caught on video trying to violently drag his ex-girlfriend into a car while she struggled and screamed was let off by police because he wrote a letter promising not to do it again, causing widespread outrage in China.

According to the All-China Women’s Federation, by the end of 2019, about 30 per cent of married women had suffered domestic violence, but on average they only call police after at least 35 instances of abuse.

In the disturbing video a woman is seen walking next to a milk tea store in Qinzhou, Guangxi province, when a white car pulls up and a man jumps out and grabs her by the arms and shoulders and tries to forcibly shove her into the car’s back seat.

The woman can be heard screaming the entire time, struggling, grabbing the car door, and trying to break free.

Another driver pulled over, got out of his car and tried to talk to the man while other passers-by also approached, allowing the woman to free herself and run away.

Local police told Jimu News they arrived at the scene on Friday (July 9) night and took the couple back to the station, both had said they would not hold the other accountable.

The man has since provided a written guarantee that he would not harass the woman again.

The woman has since responded on Douyin, the Chinese version of TikTok, saying she had been subjected to domestic violence by the man in the video. She also said the man disputed this and had threatened her.

“We talked in the police station and he had written a guarantee, promising not to harass me any more,” she said. “I hope this can calm down and not give me any more psychological traumas.”

Since then, it had become a topic of heated discussion and the hashtag “guarantee” has had 740 million mentions on Weibo. 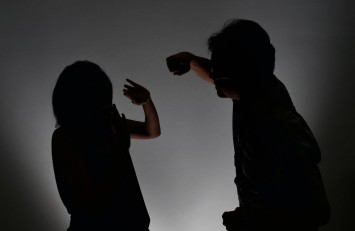 “When the cost for committing a crime is almost next to nothing, then it equals encouraging crimes,” one said on Weibo.

“Even elementary school children know these written words don’t guarantee anything, we are all adults here, what are we playing?” another said.

Women’s rights advocates said this is due to a general perception that domestic violence is a private family matter, and that police found investigating such cases and obtaining evidence difficult.

There have been several high-profile cases in China where men have written a guarantee to not commit domestic violence again, but have gone on to commit more acts of violence against women.

In January, a woman in Hubei province was murdered by her husband with an axe after she sought a divorce. Her husband has been beating her since 2015 and had repeatedly written guarantees promising not to do it again.