A recent investigation by the Shenzhen Consumer Council has found that several brands of mobile phone cases, including from big names Apple and Xiaomi, contain toxic and harmful substances that have exceeded the limit and could harm people's health.

Five brands of cases were found to have toxic and harmful substances that exceeded the standard limit. Among them are Apple and Xiaomi cases sold on their respective official websites.

The level of lead in one case featuring shimmering powder from the Chinese band Yuening is even 1,550 times greater than the limit.

The substances are mainly lead, polycyclic aromatic hydrocarbon and plasticizer, which could damage organs and even lead to cancer, an official from the council said. 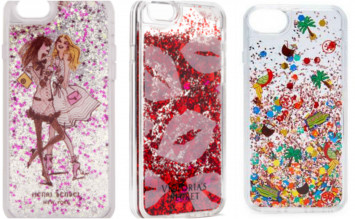 Users of Apple, Huawei and Samsung mobile phones like buying cases the most.

Official statistics show that the number of Chinese mobile phone users reached 1.42 billion last year. About 75 per cent, or 1 billion, use cases.

Nearly 70 per cent of mobile phone cases across the country are produced in Shenzhen, with the annual market value amounting to 20 billion yuan.