When senior Chinese and American diplomats met in Hawaii last month, for the first time in nearly a year, the stakes were unusually high amid fears their acrimonious tensions are drifting imperceptibly towards war.

The secret meeting between US Secretary of State Mike Pompeo and Yang Jiechi , the top diplomatic aide to Chinese President Xi Jinping, took place – perhaps coincidentally – at Pearl Harbor, scene of a pivotal moment for the US and world history when it was bombed by the Japanese nearly 80 years ago.

The two superpowers have been embroiled in an economic and technological decoupling amid an unfolding new Cold War. Beijing and Washington have engaged in a global blame-game over the deadly coronavirus and are at odds on almost every front, from trade tensions to the South China Sea ,Taiwan , Xinjiang and Huawei.

Worse still, their recent wrangling over Beijing’s imposition of a draconian national security law in Hong Kong has further emboldened hardliners on both sides, accelerated the downward spiral and put the world’s top two economies on a headstrong – and dangerous – collision course.

Unsurprisingly, the two-day, seven-hour meeting between Yang and Pompeo appears to have done little to save their countries’ free-falling ties, or bring about a much-needed hiatus in their rancorous war of words.

The growing distrust and hostility between Beijing and Washington has not only made China-US rivalry a self-fulfilling prophecy, but also left much of the world deeply polarised, as uncertainty, confusion and economic hardship reign in the midst of the sweeping global coronavirus crisis.

"The remainder of 2020 could pose as severe a test for the US and China as the final five months of 1941 did for the United States and Japan," Graham Allison, Harvard University.

With official and academic exchanges severely restricted and traditional shock absorbers – such as trade, travel and educational links – rendered almost useless, China-US relations are unravelling at an unprecedented speed, government officials and pundits have warned.

“The remainder of 2020 could pose as severe a test for the US and China as the final five months of 1941 did for the United States and Japan,” said Graham Allison, professor of government at Harvard University.

Allison said Japan’s surprise air strike on Pearl Harbor on December 7, 1941 – which dragged the US into World War II – had been beyond Washington’s imagination, that “a nation less than one-quarter the size of the US would launch a bolt from the blue against the most powerful nation in the world”.

“But we should remember that when we say something is inconceivable, this is not a claim about what is possible in the world, but rather about what our minds can conceive,” he said.

Although there appears to be little appetite in either country to fight a catastrophic war, other analysts also said there was still a growing risk of a confrontation, which was unlikely to be premeditated or planned.

“China has seen the coronavirus as an opportunity to exploit US weaknesses, and so China might be tempted to resolve territorial disputes through force. I think there’s a real possibility of miscalculation by Beijing in assuming the US won’t or can’t respond militarily,” said Malcolm Davis, a senior analyst in the Australian Strategic Policy Institute. 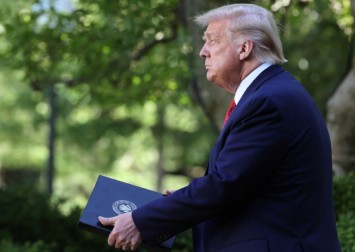 Yuan Peng, president of the China Institutes of Contemporary International Relations, a government-linked think tank in Beijing, drew parallels between the post-coronavirus world and the situation after World War I more than a century ago.

Yuan’s think tank has previously said Beijing should prepare for armed confrontation with Washington amid the worst anti-China backlash since the Tiananmen crackdown in 1989, according to Reuters, citing an internal report.

China’s Foreign Minister Wang Yi last week refuted claims that China was a revisionist power seeking to expand its sphere of influence at the expense of the US. “China never intends to challenge or replace the US, or have full confrontation with the US,” he said.

Wang nonetheless made a rare admission that the two countries were confronting their worst challenge since they established official relations in 1979. This was mostly due, he said, to Washington’s strategic misjudgments and McCarthy-style paranoia.

Reassurances from Beijing have become increasingly rare in the past year, after China’s foreign policy took a nationalistic shift in response to Xi’s call for a “fighting spirit” from Chinese diplomats reacting to perceived bullying and hostility from the US and its allies.

From Beijing’s perspective, the most dangerous tests to its bottom lines have included close military encounters associated with the US navy’s freedom of navigation operations in the South China Sea and the provocative idea of official US recognition of the Taiwan government.

The repeated flirting by Taiwan-friendly US politicians with pro-independence forces in the self-governing island has added to Beijing’s ire.

For Washington, Wang’s conciliatory remarks were far from enough to sway the bipartisan views among US political elites or the American public’s perceptions of China, which have become predominantly negative, especially in the wake of the Covid-19 pandemic.

Gal Luft, co-director of the Institute for the Analysis of Global Security in Washington, said the US was already in full containment mode as relations had passed the point of no return, with widening trust deficits and people-to-people relations dying.

For decades, American political leaders and strategists have been constantly torn between engaging with China to make it prosperous and containing its rise, as it becomes a peer competitor to replace the Soviet Union in the post-Cold War era.

US policy on China over the years has been largely dominated by fears about the emergence of a new dominant power in Eurasia and a possible axis between Beijing and Moscow.

Read Also
Clash of the titans: How the coronavirus became the new China-US battleground 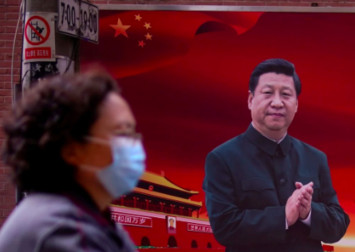 In a policy paper on Trump’s strategic approach to China, released by the White House in May, Washington officially acknowledged the failure of its engagement policy in the first 40 years of bilateral ties, which sought to bring political change to China via market opening.

Generations of US elites, including presidents, have repeatedly debated the same question: can China rise peacefully or, more specifically, should Washington help bring Beijing into the international system or prevent its rapid ascendancy?

Top Chinese leaders are also obsessed with the same set of questions, according to the late American foreign policy giant Zbigniew Brzezinski, who once recalled how frequently he was asked about the trajectory of China’s rise in the next 15 to 20 years.

Former US secretary of state Henry Kissinger – famed for envisaging America’s opening to China in the 1970s to isolate the former Soviet Union, as well as his opposition to US policy hawks’ “containment of China” approach – is notably more pessimistic about future China-US ties.

Echoing the Trump administration’s policy shift on China three years ago, the 97-year-old now sees China as Washington’s only strategic rival and warned last year in Beijing that an “unconstrained” military conflict between the two nations could be worse than previous world wars.

For Kissinger and Allison, the mantra of Xi’s military reforms of recent years – stressing the need to build an army that can fight and win – was another telling proof that China is preparing for the downside or a worst-case scenario of armed conflict.

“From a historical point of view, China and the US are almost destined for conflicts,” Kissinger said two years ago.

Chinese analysts also noted that the need for crisis management had become increasingly pressing in times of acrimony and hostility, but had yet to become part of China’s official narrative.

“The greatest uncertainty for both militaries lies in the fact that both sides have yet to set up an effective crisis management mechanism and there remains ambiguity over each other’s bottom lines, rules about interactions as well as the ‘red lines’,” said former Chinese deputy foreign minister Fu Ying.

“As a result, both sides need to constantly test each other, increasing the risks of incidents and uncontrollable outcomes,” she said.