'Arrest me - but only after Jay Chou's concert please'

It's something neither superstars Jacky Cheung nor Jay Chou will wax lyrical about - wanted men nabbed at their concerts.

After the four arrests made at Cheung's concert tour in the last two months, another suspect was held in Fuzhou, China, hours before Chou's show on Friday.

Oriental Daily reported that the man, known only as Ho, had acted suspiciously at the counter, prompting police to approach him.

A check revealed that Ho had been sought by police for illegal trespassing since April. 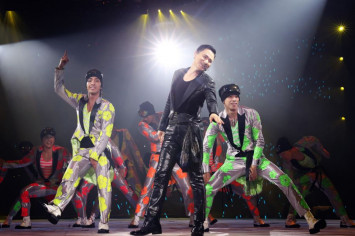 As he was being led away, Ho kept begging the officer to arrest him only after Chou's performance.

Ho said he had taken time to travel to the show with his girlfriend. Both are huge fans of the Taiwanese Mandopop singer for over 10 years.