A baby had to be rescued by firefighters after it became trapped in a flooded building as heavy rains struck southern China on Monday.

Several coastal cities in southern Guangdong province including Shenzhen, Zhongshan and Zhuhai - as well as Hong Kong and Macau - experienced more than 12 hours of heavy rainfall.

This resulted in severe flash flooding in the port city of Zhuhai, which recorded maximum overnight rainfall of 482.8 millimetres (19 inches) in one area.

Firefighters in Daxin village in Hongqi township near Zhuhai were filmed rescuing the five-month-old baby, who was trapped in a flooded building, using only an orange plastic washtub at around 7am on Monday.

The fire department confirmed later that day that the rescued baby was transferred to safety with his family.

In the building and the surrounding district, the water level reached 1.5 metres in depth, the report said. Firefighters were also filmed escorting other residents and children out of the flooded area. 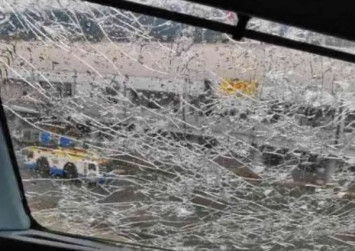 Rescuers confirmed to Thepaper.cn that the baby has been moved to a safer location.

The government has launched a high-level emergency response to the rains and issued a red rainstorm warning, the most serious level.

Some areas of the city of Jingxi were flooded after more than eight hours of rain fell overnight.

According to weather forecasts, heavy rains and flooding are set to continue in the area until the end of May.