The writ was filed to the District Court on Wednesday.

A former Hong Kong employee is suing a leading Swiss private bank for more than HK$1.37 million (S$237,000) after she was fired while on sick leave following a miscarriage.

In a writ filed to the District Court on Wednesday, Eleanor Marie Coleman accused her former supervisor at the Hong Kong branch of Bank J. Safra Sarasin of making distressing comments about her pregnancy and family life.

The document made available on Thursday also claimed Coleman was given a termination letter and asked to sign her resignation while she was on sick leave certified by a hospital, or she would not get another job or Monetary Authority licence.

Coleman is seeking HK$1.12 million in lost income plus HK$250,000 as compensation for the injury to her feelings and another unspecified sum for punitive or exemplary damages.

She is also seeking an apology from the bank, on top of a court order for the company to implement anti-discrimination awareness training for all senior staff and directors.

The first hearing is scheduled on May 22. 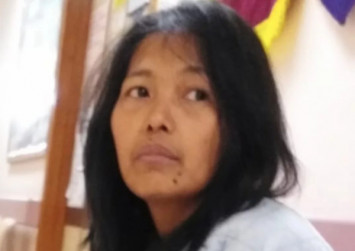 According to the writ, Coleman joined the bank as a director/vice-president on July 11, 2016 and became pregnant the following February.

Coleman had not planned to tell anyone outside her immediate family she was pregnant until after her first trimester, but she said she felt obliged to inform her supervisor, Feroze Sukh, when he remarked she was not herself and noticed she was pale and quieter.

At the time, Coleman said a colleague she named as KW in the writ had told her Sukh reacted badly to the news of KW's pregnancy, which made her nervous about telling him.

When she then asked if human resources should be notified, Coleman said Sukh told her the department would look poorly on her case when she had not passed probation and that having two pregnant members in a small team of eight would look bad on the team as a whole.

So Sukh advised her to keep the information to herself until after she passed her probation and when KW was on maternity leave, the writ said.

But Coleman learned she had miscarried during her eight-week scan on March 31.

On April 3, she was admitted to Queen Mary Hospital after she started bleeding excessively due to medication that helped trigger contractions to expel her miscarried foetus. She was later discharged with instructions to stay at home for the rest of the week.

But Sukh reportedly found her time off unacceptable and said she would have to toughen up and face her work responsibilities if she was going to be a good mother. He was also said to have reminded her that she was her family's main breadwinner who would "have to come back to work because [her husband] doesn't earn enough".

When Coleman then explained she had miscarried, she said Sukh told her to focus on her work "now that it was over".

Coleman, however, continued to bleed heavily and suffer from intermittent contractions both at home and at work. Given the continued distress, she underwent a dilation and curettage operation at Adventist Hospital on April 24 and was granted sick leave until April 30.

But because she was scared of Sukh's reaction, Coleman said she returned to work on April 26 - during which she handed Sukh her sick leave certificate - and attended KW's maternity leave farewell the next day, since he said the team lunch was needed "to maintain a united front".

Coleman was fired on April 28.

Her lawyers said she had been mentally distressed by the devastating events relating to her pregnancy.

"Although she was in a terrible disoriented state, she remained immensely concerned by what Mr Sukh had said to her," her lawyers said. "The claimant was incredibly distressed by Mr Sukh's outrageous comments regarding her pregnancy and family life."