China has introduced new rules banning non-official pilgrimages to Mecca, a move observers said was another attempt by the Communist Party to control religious affairs.

In rules issued on Monday for the Muslim pilgrimage, known as the haj, the State Administration for Religious Affairs said all such trips to Saudi Arabia must be arranged by the Islamic Association of China, an organisation controlled by the party’s international outreach arm, the United Front Work Department.

Independent personal pilgrimages are not allowed.

“The association should educate haj attendees on patriotic and safe behaviour, strengthen the management of attendees, and prevent the infiltration of religious extremist thinking and behaviour that endangers national security,” the administration said in the rules.

Beijing has come under heavy international criticism for its suppression of religious activities in the far western region of Xinjiang.

Human rights groups estimate that more than 1 million Turkic-speaking Uighur people and other Muslim minorities have been held in internment camps and some subjected to forced labour.

Beijing says the camps are vocational centres to combat extremism.

Nury Turkel, a Uighur-American rights advocate who serves on the US Commission on International Religious Freedom, said that banning “illegal hajs” and allowing only official pilgrimages to Mecca had been a policy since 2005 but the new rules now specified how the Chinese authorities would select haj participants.

Only pilgrims who are “patriotic”, “law-abiding”, have “good behaviour” and can fund the trip on their own will be approved, according to the regulation.

“The measures impose a political test for Muslims who want to go on the pilgrimage. It is highly likely that the government discriminates against certain Muslim groups because of this political test – particularly Uighur Muslims, which is not a new phenomenon,” Turkel said.

The haj is a religious duty that Muslims are required to complete once during their life.

Read Also
Uighur mom mystified to be reported as 'missing' 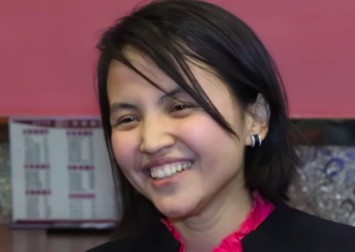 It is one of the five pillars of Islam along with the profession of faith, prayer, charity, and fasting.

Centrally organised haj for Chinese Muslims began in 1985, when a quota and payment system was set up. The system focused on areas with significant Muslim populations such as Xinjiang, Gansu, Ningxia, and Qinghai, according to the religious affairs administration.

Private trips were possible but difficult to arrange without the proper paperwork because the Saudi government also bans what it deems an “illegal haj”.

Turkel said Chinese authorities had harassed and even tortured Muslims who made independent pilgrimages.

He also said Uighurs accounted for a small proportion of participants on approved haj trips because of official limitations, problems getting passports and a requirement that Uygur pilgrims be at least 60 years old.

In 2017, out of an estimated 12,000 Muslims who went on the government-organised haj, only 1,400 were Uighurs even though they are the second-largest Muslim group in China, according to the Society for Threatened Peoples, a rights group based in Germany. 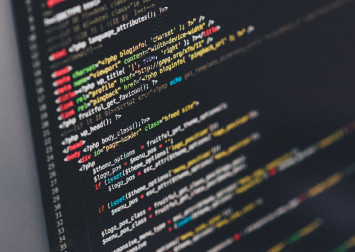 Shih Chien-yu, a lecturer on Central Asian relations at Taiwan’s National Tsing Hua University, said the new rules were another sign of Beijing’s political control over religious affairs amid concerns about the Islamic learnings and practices that Chinese Muslims might be exposed to on the trips.

“During the haj, they meet Muslims from all over the world, exchange experiences and influence each other,” Shih said.

“Some Muslims who returned after performing the haj brought their experiences home and criticised local Chinese clerics, which led to issues.”

He said that those who completed the pilgrimage could receive the honorific Haji, gaining more respect when they returned home to China.

Teachings that countered China’s version of state-approved Islam could cause trouble and challenge the “Sinofication of religion” policy, Shih said.

“The Communist Party is not so worried about people going on their own. What they’re worried about is the resulting impact after they return,” he said.