Zhuang Rongwen, Minister of Cyberspace Administration of China, reads a message from Chinese President Xi Jinping at the opening ceremony of the World Internet Conference (WIC) in Wuzhen, Zhejiang province, China, on Nov 23, 2020.

Tencent, Alibaba, Kuaishou, Weibo and Xiaohongshu did not immediately respond to requests for comment on Wednesday. Alibaba owns the South China Morning Post.

CAC also said that it is launching another targeted crackdown to purge the internet in China of content deemed harmful to underage internet users.

This broadens a campaign by CAC to clean up the country’s internet – in September last year it blasted online tutoring platforms, which it said hosted vulgar content that had a negative impact on underage users. 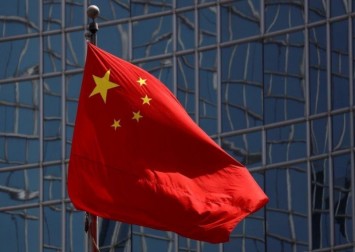 The stickers are made from cute pictures of children, with sexually suggestive text layered over the top, and have been circulated in a variety of social media groups, the People’s Daily outlined in a January article. The newspaper is the official mouthpiece of the Chinese Communist Party.

In June, the CAC also said that it would seek to stop harmful online fan club activities, such as hurling abuse online and doxxing, which involves searching for and publishing private information with malicious intent about a particular individual on the internet.

In October last year, a revised version of China’s Minors Protection Law added a chapter dedicated to online protection. The chapter includes requirements for device makers to install software to protect minors and new restrictions for online service providers. The revised law officially went into effect on June 1, which was Children’s Day in China.