The electronic wristbands will be used to monitor bus drivers’ vital signs and emotional state in real time.

Beijing's long-distance bus drivers have been told to wear electronic wristbands that use emotion-sensing technology to monitor their state of mind.

The move was initiated by the state-run Beijing Public Transport Holding Group, which says it is aimed at protecting public safety.

But legal experts have raised privacy concerns and say the wristbands could cause bus drivers undue distress and potentially lead to discrimination.

Some 1,800 wristbands were distributed to bus drivers on cross-province and highway routes on Wednesday, the official Beijing Daily reported. It is unclear how many drivers will be required to wear the devices.

The report said they would be used to monitor the drivers' vital signs and emotional state in real time to improve safety.

The new requirement was introduced just weeks ahead of the ruling Communist Party's five-yearly congress , to be held in Beijing. Officials across China have been repeatedly told to minimise social risks ahead of and during the gathering.

It also comes after 27 people were killed and 20 injured in a bus crash in the southern city of Guiyang in Guizhou last week, as they were on their way to a quarantine centre.

The wristbands monitor body temperature, heart rate, respiratory rate, blood oxygen levels, exercise, blood pressure and sleep. They can also monitor emotional states such as anxiety, and the data can be accessed by the public transport company in real time.

Bus drivers working in Beijing's Tongzhou district and some central routes took part in a trial of the devices on June 1. "The provision of wristbands is a technological means to strengthen the physical and mental health management of drivers," the company said in a post on social media network Weibo at the time.

Wang Congwei, director of cybersecurity legal affairs at Jingsh Law Firm in Beijing, said the decision appeared to have come from "more of a public safety consideration, as there have been frequent traffic accidents in recent years".

"But we have to consider whether there is really a need to collect so much personal information from bus drivers," she said.

Wang also questioned whether there would be time to intervene if abnormalities were detected by a wristband, even if the data were collected in real time. "The data can only really be used afterwards for accident analysis," she said.

Calvin Ho Wai-loon, an associate professor at the University of Hong Kong's Faculty of Law, said accuracy was an issue.

"There's also a need to consider how reliable and accurate such devices are in reporting on the emotional and health status, since inaccuracies could result in unwarranted distress and possibly unfair discrimination as well," Ho said. 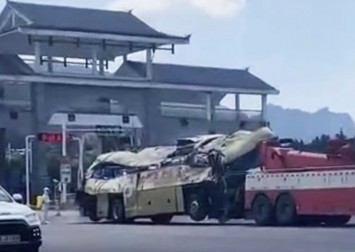 There have been other reports of electronic wristbands being used to monitor people in China in recent months.

In July, there was a public backlash when staff at a compound in Beijing told residents to wear the devices to monitor body temperature while they were in Covid-19 home quarantine after returning from other parts of China. One resident told his story on Weibo, saying he had refused to wear the wristband out of privacy concerns. The post caused a public outcry and the requirement was dropped.

A top prosecutor in July said electronic wristbands and big data were being used to monitor people who committed "less serious" crimes as part of efforts to make fewer arrests.