Beijing orders Meituan, Didi Chuxing and other ride-hailing providers to give drivers a fair share of revenue

Chinese authorities have summoned 10 online ride-hailing providers, including Didi Chuxing and Meituan, urging them to charge commissions fairly and transparently, in Beijing’s latest efforts to crack down on malpractices by the country’s internet platforms.

A group of eight regulators – including the Ministry of Transport, the Cyberspace Administration of China, and the Ministry of Industry and Information Technology – lectured representatives from the companies on Friday (May 14) and ordered them to rectify problems such as unfair pricing.

The companies include some of the country’s biggest ride-hailing platforms, as well as other players including AMAP, the map service owned by the South China Morning Post’s parent company Alibaba Group Holding, as well as Huolala, Kuaigou Dache, and carmaker Geely’s Caocao.

Accusations levelled by the regulators include excessively high commissions, opaque mechanisms in distributing ride-hailing orders, abuse of pricing rules, and perpetuating a monopoly on freight data, according to China Transport News, the state news outlet under the Ministry of Transport.

“[The problems] have infringed on the legitimate rights and interests of industry practitioners and caused widespread concern in the society,” it said.

The regulators reportedly ordered the platforms to take immediate remedial measures, including keeping drivers informed of commissions and intermediary fees, improving pricing and distribution mechanisms, as well as guaranteeing a reasonable income and working conditions for drivers.

The companies were also ordered to set up Communist Party groups for gig workers.

Didi Chuxing said in a post on social media platform WeChat last week that it paid drivers a 79.1 per cent commission on average last year based on various factors, including the city where the ride took place, travel distance and traffic conditions.

The company said it charged more than 30 per cent in commissions in only 2.7 per cent of all orders, and it welcomes drivers to report such cases to the company. 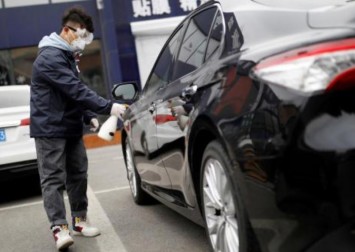 Didi said it will “continuously improve safety and operation efficiency”, even as it runs on a thin profit margin of 3.1 per cent.

All companies named by the regulators have promised to conduct a comprehensive review of their operations and rectify their businesses. All vowed to fulfil their corporate responsibilities, protect the rights of workers, and promote the sustainable development of the new economy.

The latest move by the regulators comes amid wider government efforts to clamp down on the unchecked power of the tech industry.

Earlier this week, the Shanghai Consumer Council warned Meituan and e-commerce platform Pinduoduo against using their “dominant position in the market to increase the unreasonable burden on consumers and merchants”.