China's culture ministry is seeking to expand its regulatory authority to live-streaming stars and other online influencers.

China's culture ministry is seeking to expand its regulatory authority to live-streaming stars and other online influencers by targeting for the first time the agencies that help personalities monetise themselves online, a move that could shape the future of the booming live-streaming industry that so many Big Tech companies, from ByteDance﻿ to Tencent Holdings, have come to rely on for growth.

The Ministry of Culture and Tourism issued a policy document on Monday pledging to "strengthen the regulation of the source of online performance content" and "encourage the industry to develop in a healthy and orderly way". The draft regulation, which has been made public to solicit feedback, is expected to take effect on Jan 1, 2022.

"Online performance agencies, which act as a bridge between the producers of live-streaming content and the distribution channel, have a great impact on content and have yet to be regulated," the ministry said in a statement.

The ministry is just one of several Chinese government agencies that have recently sought to have a say in how to regulate the country's booming internet industries, as entertainment activities increasingly move online.

According to the draft regulation, online performance agencies, also known as multichannel networks (MCNs), need to collaborate with the culture and tourism department for supervision and provide records of agent activities. The regulation specifies that agencies are not allowed to buy digital gifts for the people they represent while they are live-streaming with the purpose of inducing viewers to buy more gifts, boosting a host's income and therefore the agency's cut.

The rules also ban agencies from providing online performance services to people under 16 years old. For people between the ages of 16 and 18, an agency must verify the person's identity and obtain written approval from a guardian. 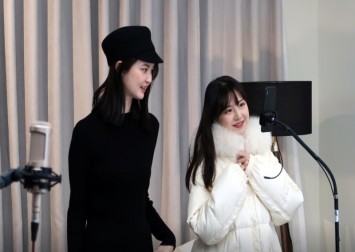 Live streaming is a trillion-dollar industry in China, where social networking and entertainment meet marketing and e-commerce. Much of the country's retail economy has become driven by online influencers.

Many purchasing decisions online are now based on recommendations from idols and enabled by partnerships between video and online sales platforms. This trend has incentivised live-streaming platforms like Kuaishou and Douyin, the Chinese version of TikTok owned by ByteDance, to cultivate a roster of hugely popular influencers.

MCNs have become a lucrative business in China. For example, Beijing-based agency Chenjin Culture charged between 50,000 yuan (S$10,470) and 100,000 yuan for a single short-video advertisement produced for a popular Douyin account it operates for a pair of twins, according to an interview last year with Joey Wang, the agency's co-founder and CEO.

Other Chinese regulators have also been tightening their grip on the booming industry. Last November, the National Radio and Television Administration required live-streamers and their gift-giving fans to register with their real names. Hosting platforms were also required to set caps on the amount in tips that each user can give.

In February, government agencies, including the Cyberspace Administration of China, also directed internet platforms to establish a "classification and rating" system for live-streamers to better manage content providers.

As live-streaming e-commerce has boomed - becoming a popular form of shopping from home during the pandemic - it has also been targeted with regulatory oversight. Social media apps such as Douyin, WeChat and Kuaishou are now subject to the same oversight as e-commerce platforms like JD.com and Pinduoduo, according a regulation from China's State Administration of Market Regulation that went into effect in May.

The regulation makes live-streaming platforms responsible for monitoring the qualifications of vendors and the quality of the products they sell, protecting consumer rights and intellectual property rights, and providing data and information to authorities upon request, according to the document.