Boy, 8, fights for life after pupils and teacher hit by car outside Hong Kong school

Firefighters treat the injured at the scene of the crash in Sheung Shui.

A boy was fighting for his life after a car mounted a pavement, knocking down eight pupils and a teacher outside their Hong Kong school on Friday.

The car knocked down roadside pillars and signs when it ran onto the pavement in Sheung Shui and travelled for another 10 metres before crashing into a wall at the St John Ambulance's depot on Tin Ping Road shortly before 4pm.

One of the pupils was trapped under the vehicle, a black Volkswagen Golf, and had to be freed by firefighters.

The male teacher, 31, and the eight Primary Three pupils were returning to Lee Chi Tat Memorial School after athletics training nearby at the time of the incident.

An eight-year-old boy was later on Friday listed as being in critical condition in Prince of Wales Hospital in Sha Tin. 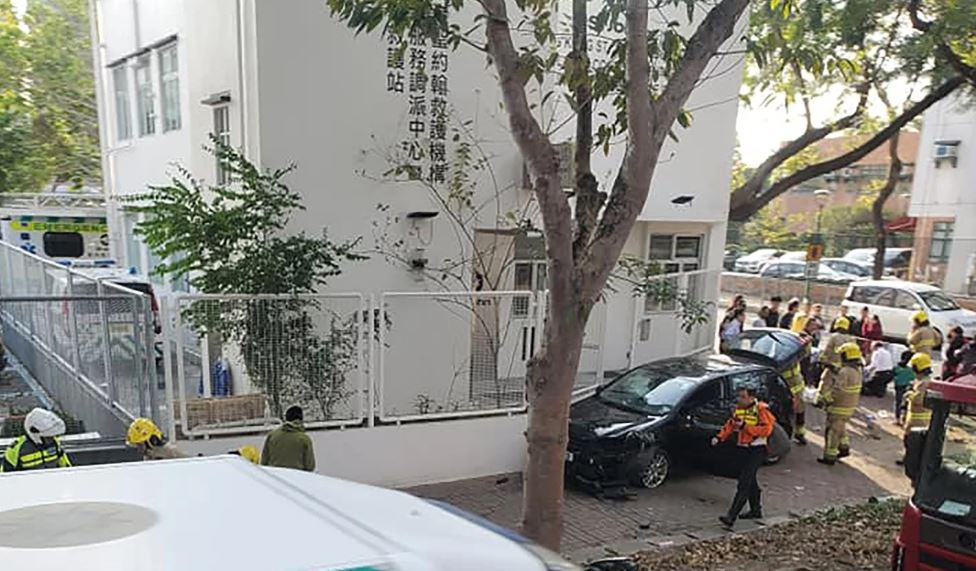 Three others, one in the same hospital and two at North District Hospital in Sheung Shui, were in serious condition. Five others were in stable condition.

The 45-year-old driver, who was not injured, said she lost control of the car because she felt unwell.

She was later arrested for dangerous driving.