Xie Haifeng was 15 when he lost his leg in one of modern China’s most devastating disasters.

When the rumbling began, Xie Haifeng thought someone was shaking his bed. Perhaps one of the other 800 children in the school dormitory was being naughty. Or maybe it was a small quake. Then came the unmistakable sound of screams.

Xie, then a 15-year-old pupil at Muyi Town Middle School in the southwestern Chinese province of Sichuan, started running. He fell as the dorm building collapsed around him.

When he tried to stand up, he realised something was missing. His left leg was gone.

What Xie thought was a small quake turned out to be one of the most devastating disasters in modern Chinese history. The Sichuan earthquake of May 2008 left at least 87,000 people dead and shook the country to its core.

It was less than three months before Beijing would host its first Olympic Games, an opportunity to show the world its strength and ambition.

Instead, 7,444 schools had crumbled like tofu in an area known to be seismically active. Their rubble was a stark demonstration of the weak foundation of China's progress and its tragic consequences.

At Xie's school, the shoddily built walls and ceilings crushed 600 children. Only 300 survived.

A dozen years later, his story is also one of resilience. Defying all the odds, Xie is now a professional dancer for a troupe in Sichuan and has made it his mission to help others through adversity.

The journey from his hospital bed to the stage was long and difficult and even though many years have passed, "it still frightens me to recall the earthquake". But, he said: "I have forgiven fate and accepted the reality that I have only one leg."

Xie's trauma was a particularly difficult blow to his family. His older sister was already handicapped, after injuring her arm in an accident.

When his mother, a migrant worker in the northwestern province of Gansu, arrived at the hospital a few days after the earthquake, she had no idea of the extent of Xie's condition.

"When I woke up in the evening, I saw my mother weeping beside my bed. I told myself I should be strong," Xie said, adding that his mother initially thought he had suffered only bruises.

He was sent for treatment to a hospital in the prosperous southern city of Shenzhen, along with other survivors who had been left with disabilities by the earthquake. 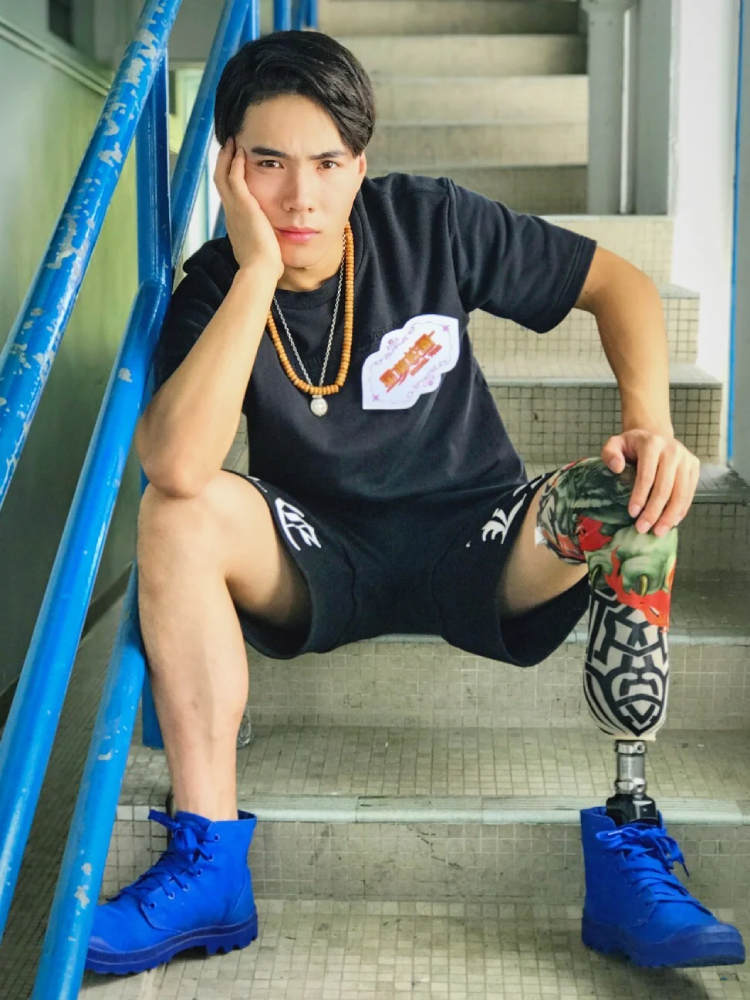 It was there that Xie was inspired to make the most of his life. A team of athletes visited the hospital and he was shocked to see one of them, a volleyball player, walking on a prosthetic leg.

Xie began to wear a prosthesis and after rehabilitation training returned to his hometown in 2009 where he was admitted to Qingchuan High School.

At first, he was self-conscious and felt inferior to his peers. He did not dare to wear shorts in summer and said he seldom talked to the other students.

The following year he was introduced to members of the Chengdu Disabled People's Art Troupe, where he found a new and welcoming home.

Xie quit school and joined the troupe, despite his parents' opposition. They were convinced study was the only way for rural students like their son to get out of poverty.

Xie learned Sichuan opera and was soon performing its art of bian lian, or face changing - a skill that requires rapid mask changes in a dazzling sleight of hand - on stage until the troupe was disbanded in 2011, leaving him unemployed for six months.

But the misfortune led to an improbable opportunity when he was hired by the Sichuan Provincial Disabled People's Art Troupe and trained to dance. At 19, and with no experience, Xie found the training far more difficult than those who had started at the more usual age of five or six.

His body was too stiff, he said, and in the first months, he spent 10 hours each day just stretching and building flexibility. It was just the beginning of a long and often arduous process.

"That agony is too much to be described," Xie said about the pain of dancing on a prosthetic leg. "During the first six months' training, I broke three artificial legs."

More than once, he wondered whether he had chosen the right path. But, ultimately, his gruelling effort paid off and Xie has performed in Singapore, Hong Kong and Macau. In 2013, he won a gold medal at a national dancing competition for people with disabilities.

"My dances won me applause and recognition from the audience. I feel relieved and I think my heart belongs to the stage," he said. 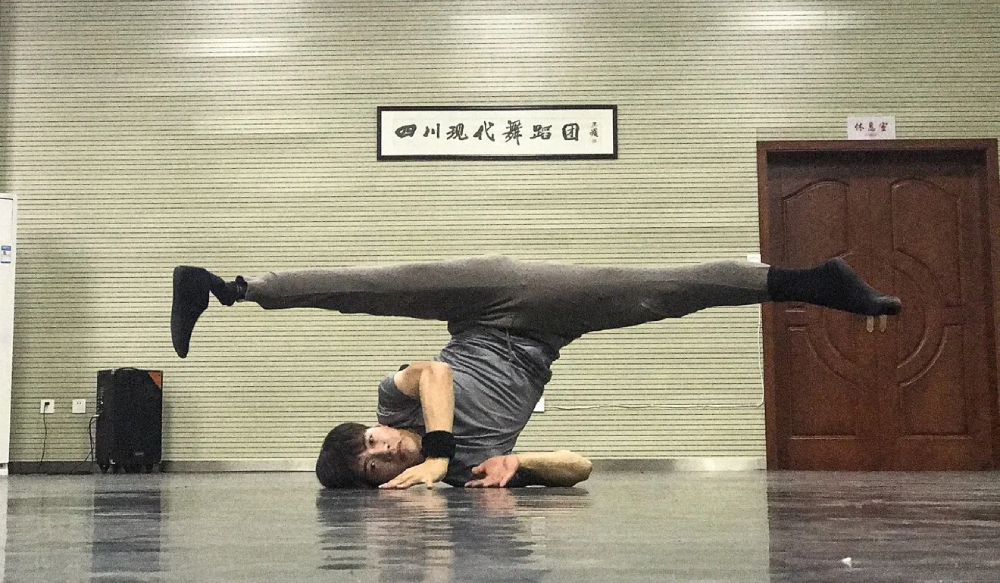 Xie said he owed part of his success to Hong Kong which in 2008 donated HK$20 billion (S$3 billion) in aid to Sichuan and sent doctors to treat the injured.

Among the volunteers was Poon Tak-lun, a Hong Kong orthopaedist who flew to Sichuan every two weeks from 2008 to 2013 to treat patients.

At a gala show in 2013 to express gratitude from the people of Sichuan to Hong Kong, Xie met Poon and the two became good friends, thanks to their common interest in the arts.

"Dr Poon promised to pay for all the costs of installing and repairing my artificial leg in the future. He told me to focus on dancing without worrying about the leg's costs," Xie said. 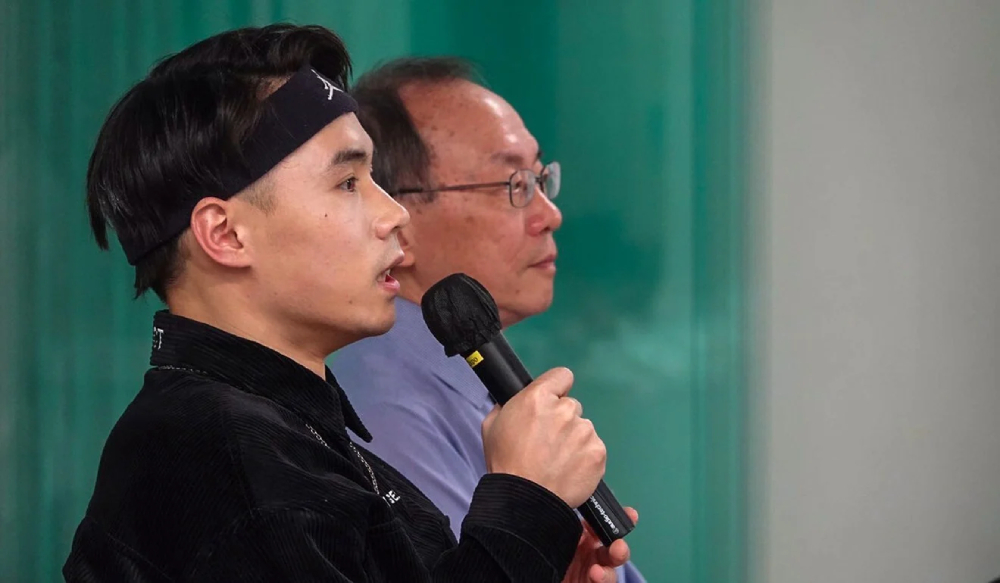 Grateful for the help he received from Poon and Hong Kong, Xie has sought to return the favour by doing what he does best.

"I have no other skills except dancing and performing. So I thought of sharing my experience to encourage young students in Hong Kong," he said.

Xie travels to Hong Kong about twice a year to perform and visit schools. In 2019, he visited the city four times, performing dances and Sichuan opera, and giving speeches at more than 10 primary and secondary schools.

"I encourage them to study hard. I said there are many people in this world who have more difficulties than them but still insist on pursuing their dreams, so they should not give up their dreams," Xie said.

When he is not dancing and giving inspirational speeches, Xie said he lived a life like everyone else - climbing mountains, swimming and proudly walking on the leg he gained after almost losing everything in Sichuan's deadly earthquake.