University student Luo Beibei was offered a lift home on a road in Dancheng county, Henan province, in July.

Police in central China have detained a man who reportedly confessed to sexually assaulting a young woman and then staging a traffic accident to cover up her death at his home, according to a Chinese media report.

The Beijing News reported on Monday that the man, surnamed Wang, and his brother allegedly dumped the body of 19-year-old university student Luo Beibei on a road in Dancheng county, Henan province, and ran over her after she fell from his 16th-floor flat on July 17.

Wang then reportedly called the police and said he had accidentally knocked someone over in a traffic accident and killed her.

But an autopsy later suggested Luo had died from brain damage from a fall, the report said, arousing suspicion.

Luo's father, Luo Zhijie, said his daughter was home on holiday and had gone to visit her sick grandmother a day earlier.

She became lost on her way home and was walking by a road that night when she was approached by Wang driving by in his car, the report said. 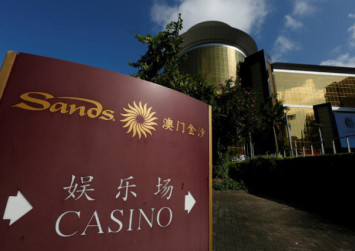 Wang's lawyer, Ying Qingli, said Wang had been drinking and offered the woman a ride.

"He followed her and persuaded her to get into his car by offering to help her get home. In the end, he took her to his home," Ying said.

Wang confessed to forcibly kissing and touching Luo before she escaped into the flat's bathroom, the report said.

Wang then claimed he fell asleep and woke up to find that she had fallen from the bathroom window.

Sure that she was dead, Wang put Luo's body in the boot of his car and went to his brother's home to ask him for help, the report said. The brothers then allegedly staged the accident.

Both men were detained and the case has been handed over to prosecutors for formal charges.

Luo Zhijie said his daughter was too trusting of strangers.

"The child was too naive, too simple. She had been studying at schools that were too sheltered," he was quoted as saying.