"We encourage Canadians to exercise a high degree of caution in China due to the risk of arbitrary enforcement of local laws," Global Affairs Canada said in a statement released on Tuesday, without referring to the sentencing of Robert Lloyd Schellenberg on drug charges.

A court in Dalian, Liaoning province, sentenced Schellenberg to death for drug smuggling on Monday.

The sentence has been seen as retaliation by Beijing for Huawei executive Sabrina Meng Wanzhou's arrest in Canada in December at the request of the United States, where she is accused of fraud related to Iranian sanctions violations. Beijing demanded hat Canada release Meng or face grave consequences.

Meng was released on bail, and the US has until January 29 to file a formal extradition request. 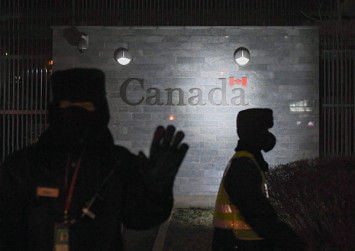 Schellenberg, 36, had previously been sentenced to 15 years in prison in November 2016, but the provincial high court ordered a retrial on December 29 after the sentence was deemed "too lenient".

Schellenberg's lawyer, Zhang Dongshuo, said the sentence was "very regretful" and he would probably appeal against it.

"It is of extreme concern to us as a government, as it should be to all our international friends and allies, that China has chosen to begin to arbitrarily apply [the] death penalty … as in this case facing a Canadian," Trudeau said on Monday.

Canada, the European Union, the US and other countries have denounced the detentions of Spavor and Kovrig as arbitrary.

Phil Calvert, a former Canadian ambassador and a senior research fellow with the Centre for Asia-Pacific Initiatives at the University of Victoria in British Columbia, said the case of Schellenberg, and those of Kovrig and Spavor, would lead to a cooling-off in Canada-China ties and hamper negotiations on a potential free trade agreement. 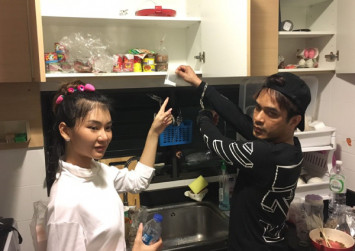 "It's quite ham-fisted, and it really won't achieve China's goal of having Meng released," Calvert said. "China has lashed out at Canada, but it's hurting itself with this approach.

"The number of its friends in the world is diminishing, and this won't help it make new ones. Initiatives to deepen bilateral ties, like a possible free trade agreement, are very likely to be shelved."

The pressure was now on for Canada to engage with China during the 10-day appeal period after Schellenberg's sentencing, he said.

"Canada needs to engage at very high levels with Chinese counterparts - senior officials, ministers, prime minister, business and other senior people - on this case and on the two detained Canadians [Kovrig and Spavor], and to get other allies engaged on it," he said.

Calvert added that the case could affect China's relations with other countries doing business in China. "If China is going to react so strongly when a country takes legal action - transparent action based on the rule of law - against a major Chinese company, what does that say about the attractiveness of Chinese investment?"

Scott McKnight, managing editor of the China Open Research Network at the University of Toronto, said the death penalty was damaging to China's broader diplomatic image, and that Canada had to handle very carefully the approximately 200 Canadians detained in China.

"The Trudeau government will really need to tread carefully, given that the cases of any of these detainees could be used as a bargaining chip in the diplomatic showdown," McKnight said.

"We're now in a pretty scary part of international relations where the foreign national of a country with whom the host country doesn't have the best relations can be taken arbitrarily and used as a pawn."