A report in Canadian media quotes Ottawa’s ambassador to Washington as saying that the US will ask Canada to extradite Meng Wanzhou, Huawei Technologies chief financial officer, to the US to face charges on Iran sanctions busting.

The United States has informed the Canadian government that it plans to proceed with a formal request to extradite Huawei chief financial officer Meng Wanzhou on allegations of banking fraud related to violations of US sanctions against Iran, Canada's Globe and Mail reported on Tuesday.

The report said Canada's ambassador to the US, David MacNaughton, has met with senior White House and US State Department officials about the Meng case several times.

The ambassador was quoted as saying in the report that he has expressed Canada's anger and resentment to Washington about the dispute that resulted from Meng's arrest in December. Beijing has since detained two Canadians and imposed a death penalty on a third Canadian convicted of drugs smuggling charges.

"We do not like that it is our citizens who are being punished," he was quoted as saying. "[The Americans] are the ones seeking to have the full force of American law brought against [Meng] and yet we are the ones who are paying the price. Our citizens are."

Read Also
US in criminal probe of China's Huawei: Report 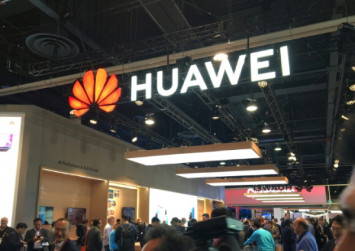 MacNaughton did not say when the formal US extradition request would be made but the deadline for filing is January 30.

MacNaughton said the Americans appreciated Ottawa's statement that it would honour the extradition treaty and had told him they would continue to press Chinese authorities for the release of Michael Kovrig and Michael Spavor - the two Canadians detained by Beijing on grounds of "endangering national security".

Meng, who is the daughter of Huawei founder Ren Zhengfei and also goes by the names Sabrina Meng and Cathy Meng, remains restricted largely to her Vancouver home, following her release on bail. She is accused of defrauding banks to circumvent US sanctions on Iran.

Her next court appearance will be on February 6, to set the date for her extradition hearing.

Once the US submits its formal extradition request officials from the Canadian Department of Justice will have 30 days to decide whether to go ahead.

Meng has the right to appeal against extradition and can apply for a judicial review of the minister's decision.