A Canadian man was arrested in Macau on Friday for trying to defraud an entertainment company out of US$284 million (S$384 million).

A Canadian citizen was arrested in Macau on Friday for trying to defraud an entertainment company in the city out of US$284 million (S$384 million), according to local media reports.

The man, surnamed Leao, 61, is accused of using fake papers to try and transfer the money from the firm's bank to an account in Hong Kong, Macau Daily reported on Sunday.

A clerk, however, refused the request after becoming suspicious when the signature on the documents Leao provided as authorisation for the transaction failed to match the one the bank had on record.

After being turned down, the suspect left the building, the report said.

A member of staff called the entertainment company which denied any knowledge of Leao. 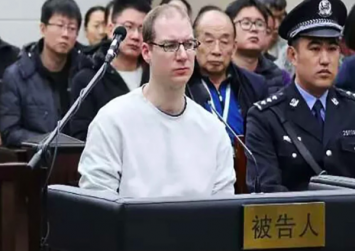 The bank then contacted the police, who arrested the suspect about 6pm on Friday as he was leaving the city.

Leao was later charged with forgery and fraud, and the Macau Public Prosecutions Office is investigating.

The entertainment company was not named in the report.

Police in Macau said on Sunday that any queries about the case should be directed to the public relations department on Monday.

Leao is the latest Canadian citizen to make Chinese headlines after relations between the two countries soured following the arrest in Vancouver on December 1 of Sabrina Meng Wanzhou, the 46-year-old chief financial officer of Chinese telecom giant Huawei.

Soon after she was detained, Beijing arrested Canadians Michael Korvig and Michael Spavor in separate incidents on the charge of endangering national security, a vague phrase often used by China when alleging espionage.

Beijing has not linked the men's arrests to Meng's case, but the move was widely seen as retaliation.

On January 14, a Chinese court sentenced Canadian Robert Lloyd Schellenberg to death at an appeal hearing he initiated against the 15-year prison sentence he was given in 2015 for smuggling more than 200kg (441 pounds) of methamphetamine in China. 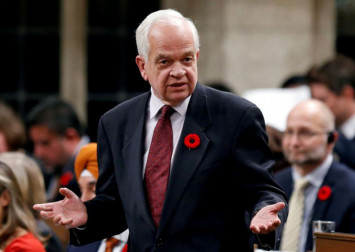 There is no evidence to suggest that Leao's arrest is in any way linked to the current tensions between the two countries.

Meng, who is accused of fraud related to violating the United States' sanctions on Iran, is currently on bail pending possible extradition to the US. American prosecutors have until Wednesday to file a formal extradition request for the tech tycoon.

On Saturday, Canadian Prime Minister Justin Trudeau fired his country's ambassador to China, John McCallum, after the envoy said it would be "great" if the US dropped its extradition request.

The comment came a day after he issued a statement saying he misspoke about the case earlier in the week and regretted saying Meng had a strong case against extradition.

Trudeau said earlier that Canada would not interfere politically in the cases of Korvig or Spavor.