Cathay Pacific Airways has agreed a deal to acquire budget airline HK Express, according to sources familiar with the matter.

Hong Kong's biggest airline is poised to make a formal announcement as early as Tuesday, though the sources did not elaborate on the agreement between the two sides, including the financial terms.

Facing competitive pressures from a trio of rivals including no-frills carriers, jumping into the low-cost travel market could allow Cathay Pacific to attract budget-conscious travellers it does not already serve.

Three weeks ago, Cathay Pacific confirmed it was in active discussions to acquire HK Express from debt-ridden Chinese conglomerate HNA Group. The financial concerns of the parent group have spread to Hong Kong Airlines, the full-service sister airline of the low-cost carrier, which was not being considered in the deal, the company said at the time.

Both companies have sought to play down progress on the talks since they were officially confirmed on March 5, insisting that discussions were continuing, giving rise to concerns a deal could not be reached.

The confirmation of the deal would mean Cathay Pacific is officially jumping into low-cost travel, using an airline vehicle designed for budget travel, without having to cannibalise the luxury, premium offering from its flagship brand, in its first major acquisition since buying Dragonair in 2006, now renamed Cathay Dragon.

A source familiar with the deal said one of the first major tasks for Cathay Pacific would be to decide on shaking up the top team at the budget carrier, with most executives who came from Hainan Airlines or the corporate parent HNA, set to leave. 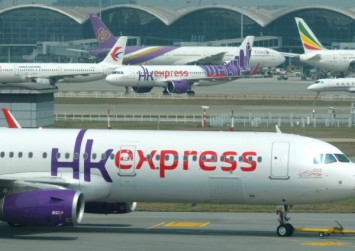 The largely Western-led executive team who ran HK Express since its formation as a low-cost airline in 2013 were cleared out or quit in late 2017 following a leadership reshuffle.

Last week, CEO Rupert Hogg signalled the budget brand and concept would continue, assuaging the worries of travellers that low-fare air travel might disappear with Cathay taking over the city's only budget carrier.

Having faced a wave of competitive threats on multiple fronts, Cathay Pacific would, with its new acquisition, be in a unique position to weather the challenges. The company has two major shareholders from China and the Middle East.

Two weeks ago, Cathay Pacific announced it had returned to an annual profit for the first-time in three years, earning HK$2.3 billion (S$396 million).

Over several years, the airline has softened its stance on low-cost airlines, with CEO Hogg stating last summer it would consider starting-up a budget carrier if and when it was the right time.

At a press conference announcing the airline's 2018 financial results, chairman John Slosar, explained the reason behind the U-turn. "In aviation you can never say never [to low-cost carriers]," he said. "It is such a dynamic business and things change and you have to be willing to change when opportunities present themselves."

HK Express flies 24 aircraft to 27 cities - carrying 4.1 million customers - with a heavy focus on flights to Japan and South Korea.

If the acquisition goes through, Cathay Pacific would control three of Hong Kong's four passenger airlines.

Cathay Pacific declined to comment while HK Express did not respond to queries.